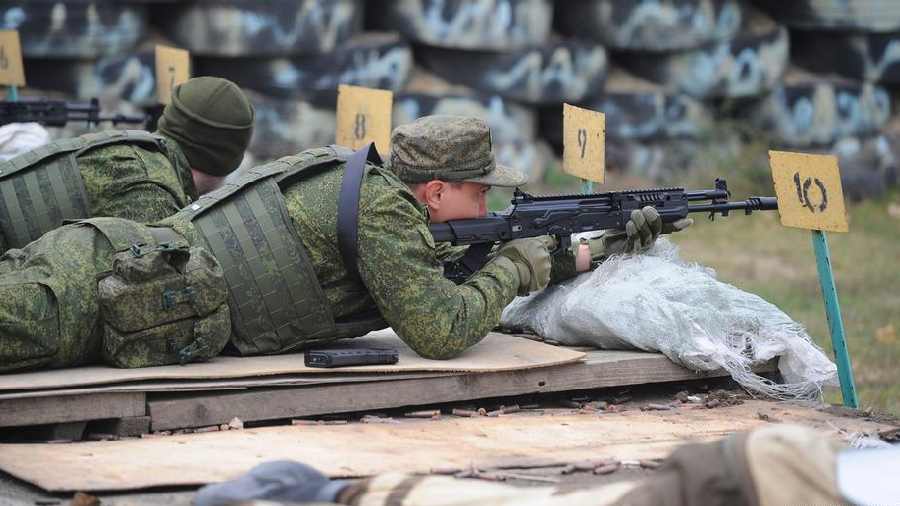 Russia has opened a criminal investigation after gunmen shot dead 11 people at a military training ground near the Ukrainian border, authorities said on Sunday, as fighting raged in eastern and southern Ukraine.

Russia’s RIA news agency, citing the defence ministry, said two gunmen had opened fire during a firearms training exercise on Saturday, targeting a group who had volunteered to fight in Ukraine. The “terrorists” themselves were shot dead, it said.

The incident is the latest blow to President Vladimir Putin’s “special military operation” in Ukraine and comes a week after a blast damaged a bridge linking mainland Russia to Crimea, the peninsula it annexed from Ukraine in 2014.

Russia’s defence ministry said the attackers were from a former Soviet republic, without elaborating. A senior Ukrainian official, Oleksiy Arestovych, said the two men were from the mainly Muslim Central Asian republic of Tajikistan and had opened fire on the others after an argument over religion.

“As a result of the incident at a shooting range in Belgorod region, 11 people died from gunshot wounds and another 15 were injured,” Russia’s Investigative Committee said, announcing the criminal investigation. It gave no other details.

Some Russian independent media outlets reported that the number of casualties was higher than the official figures.

“A terrible event happened on our territory, on the territory of one of the military units,” the governor of Belgorod region, Vyacheslav Gladkov, said early on Sunday.

“Many soldiers were killed and wounded... There are no residents of the Belgorod region among the wounded and killed,” Gladkov said in a video post on the Telegram messaging app.

Gladkov said two people had been wounded after shelling in Belgorod, according to preliminary reports.

Putin on Friday said Russia should be finished calling up reservists in two weeks, promising an end to a divisive mobilisation that has seen hundreds of thousands of men summoned to fight in Ukraine and many fleeing the country.

In the 24 hours to Sunday morning, Russian forces targeted more than 30 towns and villages across Ukraine, launching five missile and 23 air strikes and up to 60 rocket attacks, the General Staff of Ukraine’s Armed Forces said on Sunday.

Fighting has been particularly intense this weekend in the eastern provinces of Donetsk and Luhansk, and the strategically important Kherson province in the south, three of the four provinces Putin proclaimed as part of Russia last month.