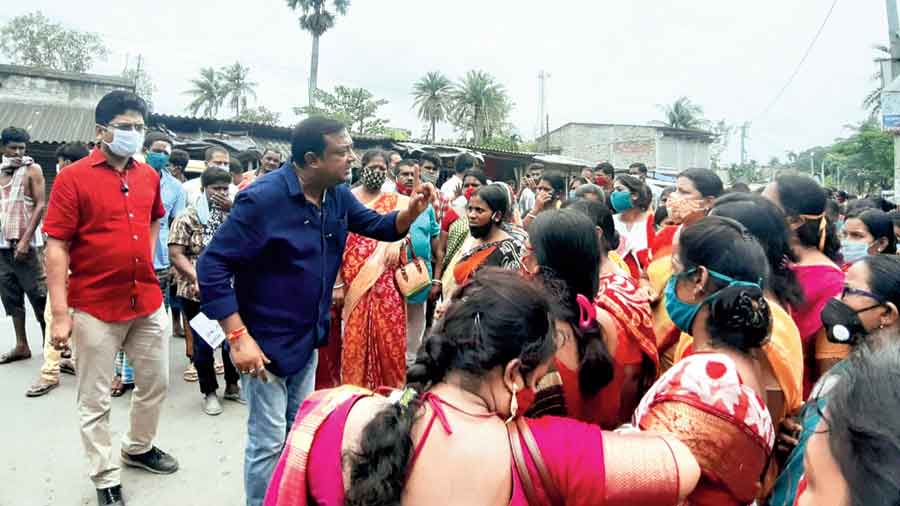 Over 500 residents, mostly women, of Canning in South 24-Parganas blocked a road for hours on Tuesday to protest the transfer order for inspector-in-charge of the local police station Atibur Rahaman to Kurseong.

The protesters squatted on the main Canning-Baruipur Road in front of the police station early on Tuesday. Later, another group organised the blockade that held up traffic from 9am to 11am.

Rahaman, a resident of Haldia, had joined the Canning police station last October after his transfer from Bankura. Local sources said Rahaman won the hearts of women in Canning by laying stress on their safety and cracking down on hooch dens.

Canning subdivisional police officer Gobinda Sikdar tried to persuade the protesters to leave, but they refused, demanding Rahaman be allowed to stay on. Finally, when Rahaman requested people with folded hands to lift the blockade, they paid heed.

“It is only because of his policing that women in Canning feel safe now,” said Chandrani Chakraborty, a homemaker. Lovely Halder, another protester, added: “He forced many hooch counters to close, saving many families.”

Rahaman said while he respected people’s sentiments, he was a public servant and routine transfers were a part of his service life. He said the protest against his transfer was “embarrassing”.

“I am afraid this could be misconstrued,” he said.

“I am a duty-bound, uniformed police officer, and routine transfers are a big part of our service life.”

A senior police officer of Baruipur district said a cop is a public servant, and his transfer order is issued in public interest. “It is done according to the existing provisions, and by the discretionary powers of the appropriate authority. One cannot disobey it.”