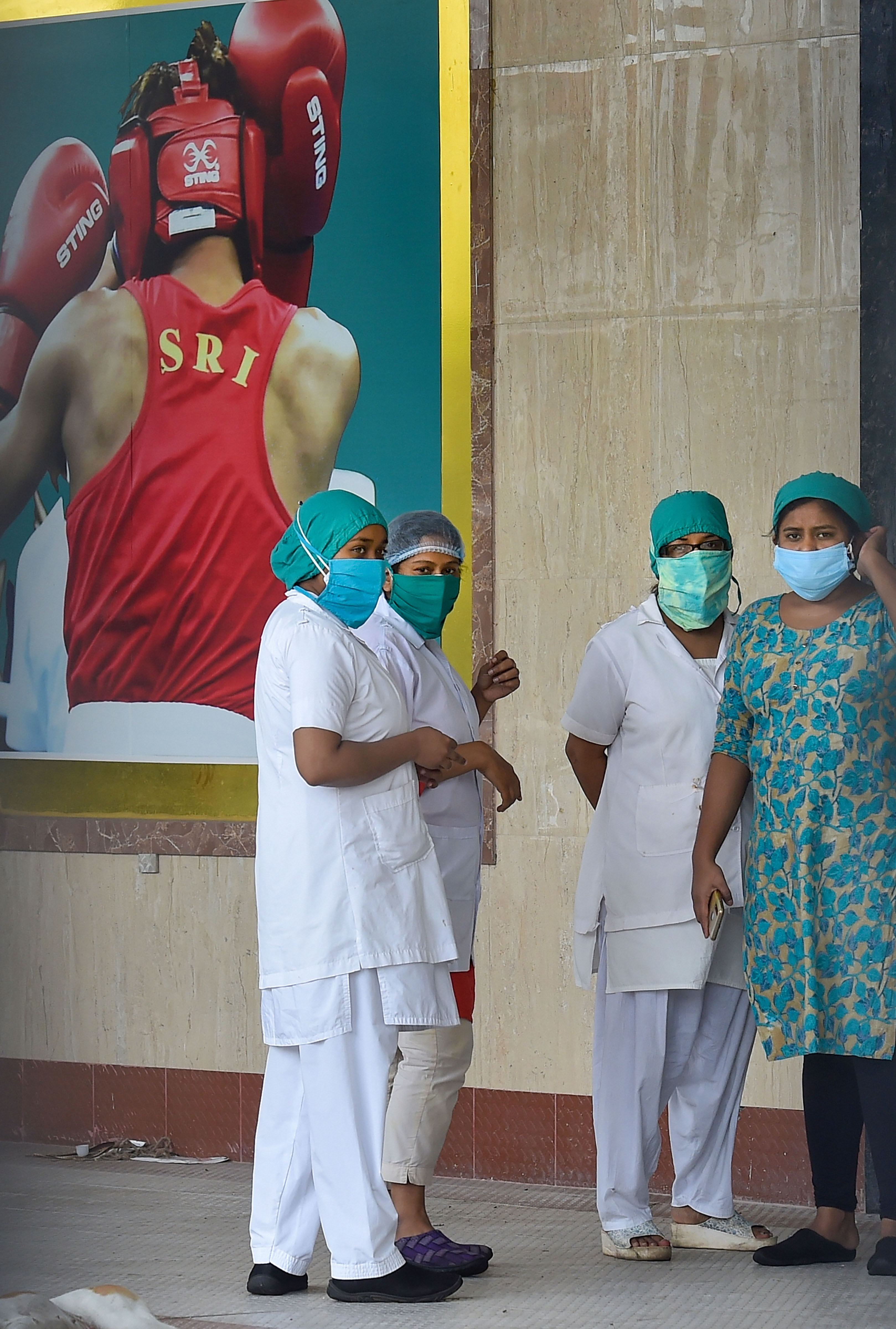 Covid-19 recovery rate crossed the 40 per cent mark for the first time in Bengal on Thursday despite a recent surge in the number of patients in the wake of a huge influx of migrant workers and others stranded elsewhere in the country during the first three phases of the lockdown.

The state reported 368 new cases on Thursday and 345 (around 94 per cent) of them were in districts which were experiencing a high volume of returnees.

But the release of 188 infected persons following cure in 24 hours till 9am on Thursday took the total number of recoveries to 2,768. The total number of cured cases has seen a rise of over 10 times in one month.

“Our recovery rate was 19.64 one month ago. Today, it increased to 40.25. This doubling, amid a phase of spike in the number of cases, is a heartening indicator,” said a Bengal minister.

While Calcutta reported the most recoveries with 996, Howrah and North 24-Parganas have total cured cases at 467 and 318, respectively.

Another positive element of the state’s Covid-19 stats, the minister said, was a persistent rise in the number of tests. With 9,606 tests reported on Thursday, which was yet another record, Bengal’s tests per million count rose to 2,687.

“While testing has seen a quantum leap, the positive confirmation rate has been deteriorating slightly over the couple of weeks or so because of the rising number of patients,” said the minister.

However, the rate improved considerably from 4.87 per cent over a month.

The state now has 42 Centre-approved laboratories for Covid-19 testing with Purulia Government Medical College and Hospital receiving the nod on Wednesday.

The death toll directly from Covid-19 reached 283 with 10 fatalities being reported on Thursday. The state government had reported the death of 72 Covid-19 patients from comorbidities till April 30.

Calcutta accounted for 234 of the 355 total deaths.

“But there, too, the good news is that another 1.97 lakh people have already completed quarantine successfully,” he added.