He was referring to a boat-party on Dol Jatra, which was attended by TMC's Madan Mitra, Srabanti, Payel and Tanusree 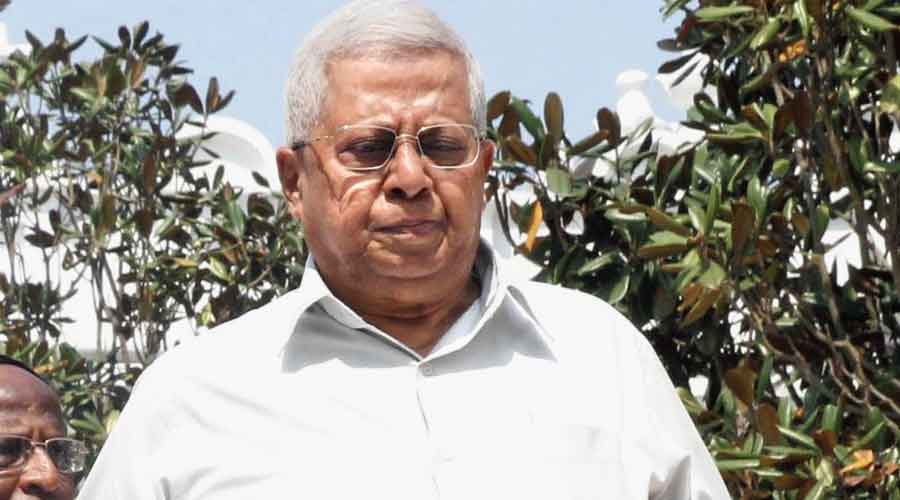 Internal bickering and allegedly inherent misogyny, two problems plaguing the beleaguered BJP, came to the fore yet again on Tuesday when veteran Tathagata Roy issued a contentious statement on Twitter.

Roy, allegedly one of the many disheartened chief ministerial hopefuls in Bengal BJP, took to Twitter and went on a rant. He was critical not only of the BJP’s leadership, but also called several women party colleagues “nawgoreyr noti”, which literally means a foremost actress or danseuse of the city in Bengali.

“Film and TV actors who never had anything to do with politics, let alone BJP, were handed tickets by BJP’s election management team. Parno Mitra (Baranagar), Srabanti Chatterjee (Behala West), Payel Sarkar (Behala East). These women were so politically stupid that they had gone on a steamer trip with TMC’s playboy-politician Madan Mitra less than a month before elections and shot selfies with him. All were roundly defeated. What great qualities were these women possessed of?” asked Roy.

He later clarified that actress Tanusree Chakraborty, the BJP’s candidate in Shyampur, and not Parno, had taken a selfie with Trinamul’s Mitra.

Film and TV actors who never had anything to do with politics,let alone BJP,were handed tickets by BJP’s election management team. Parno Mitra (Baranagar),Srabanti Chatterjee (Behala West),Payel Sarkar (Behala East). These women were so politically stupid that they had gone on

Roy was referring to a boat-party on the event of Dol Jatra, which was attended by Madan Mitra, Srabanti, Payel and Tanusree. The actresses were seen playing with colours and dancing with the Trinamul leader at the event.

Roy was the chief of Bengal BJP and is a former governor of Tripura and Meghalaya who made his way back into active politics shortly ahead of the Bengal polls. The 75-year-old has, over the years, courted controversy with outrageous remarks. Sources said he had wanted to contest the Assembly polls, possibly from Bhowanipore.

Roy also tweeted the same matter in Bengali, where he used “nawgoreyr noti” to describe the actresses, demanding answers from the key BJP leaders from the central leadership — Kailash Vijayvargiya, Shivprakash and Arvind Menon — besides state unit chief Dilip Ghosh.

“It must not be forgotten that a BJP electoral ticket carries with it substantial money for running the election. Or for other purposes!” he added.

According to several BJP sources, Roy had articulated the rage of large sections of the party. Many leaders and workers hold Vijayvargiya, the BJP’s Bengal minder and a national general-secretary, responsible for the debacle it faced in the polls. He played a major role in deciding who was to be fielded from where.

“We would have scored much better if the choice of candidates was proper. Kailashji was one of those people who had suggested names of candidates to central leaders. What Tathagatada did is absolutely correct. These leaders are not above the party,” a BJP old-timer said, trying to play down the “nawgoreyr noti” part of the statement as an “emotional outburst”.

“I am not into the politics of running away. Someone can live in a world of his own imagination, but we are fighting in reality... this was an unequal fight. Yet, we have won a record number of seats (77 out of 294),” said Ghosh.

“We are with the workers who have fought, endangering their very lives…. The process of change in Bengal, in the hands of the BJP, has begun. It will take place today or tomorrow,” he added.

Some women in the BJP objected to Roy’s rant, albeit off-record.

“Nawgoreyr noti? Politically stupid? It is a shame that the party did not come out in all-out condemnation of these remarks against women,” said a leader of the party’s women’s wing in the state.

Reacting to Roy’s allegations, Srabanti demanded proof. “Does he have any proof…? How can he say such things about women? He is such a senior leader, he has been associated with BJP for so long,” she said.

Trinamul’s Mitra called Roy out on his misogyny.

“These people have not learned their lesson even now,” he said, referring to the pivotal role women voters played in shutting the door on the BJP.

“This is a different soil. He can’t insult women like this here and get away with it.”