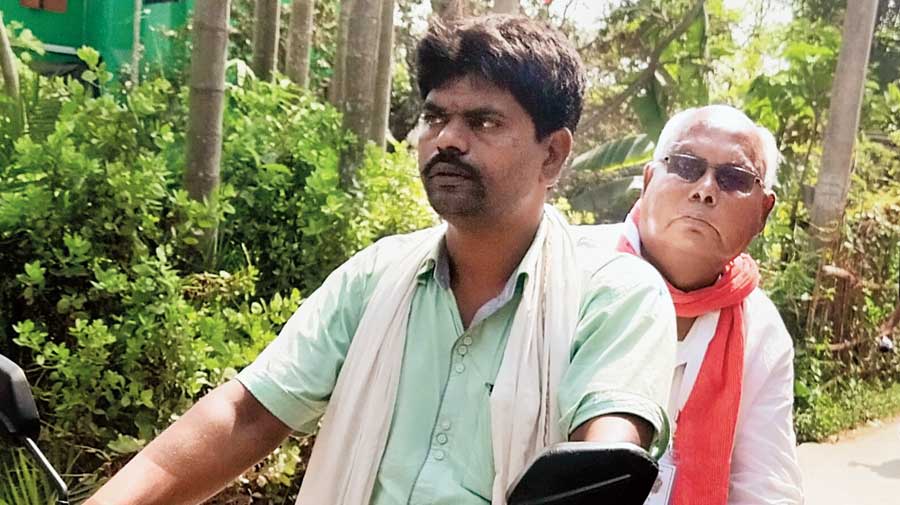 Deaths, attacks on candidates and complaints of electoral malpractices on Tuesday marked the third phase of the Bengal polls in which 31 Assembly segments spread across three districts voted.

In the third phase too, polling percentage remained on the higher side. A total of 77.68 per cent polling was recorded in the 31 seats spread across Hooghly, Howrah and South 24-Parganas till 5pm.

“Polling would be held till 6.30pm. So, the final polling percentage would definitely go up and in all likelihood, it would cross 80 per cent mark in all three districts,” said a source in the evening.

The day began with the news of the death of the mother of a BJP worker in Hooghly’s Goghat, prompting the saffron ecosystem to accuse Trinamul of killing the elderly woman.

Then, came the news of another death in Goghat. A former Trinamul booth president, Sunil Roy, 72, died while he was on his way to cast his vote at Hatpukur.

A Trinamul booth president in Howrah’s Bagnan was stabbed allegedly by miscreants backed by the BJP soon after the voting had started. He was rushed to Uluberia Sub Divisional Hospital where he was battling for his life.

“The scale of violence was higher in this phase... More than 150 complaints were lodged with the Election Commission throughout the day,” said a source in the poll panel.

Like in the last two phases, chief minister Mamata Banerjee accused the BJP of “blatant misuse” of the central forces, besides questioning the neutrality of the poll panel.

The most talked about incident of the day was repeated attacks on Trinamul’s Sujata Khan, a candidate of Hooghly’s Arambagh, who had a major showdown with BJP workers when she was visiting booths in her Assembly segment. She was allegedly attacked again later in the day.

“I can’t remember an election in which so many candidates had to face assaults,” said a senior police officer not connected with the poll process.

Complaints of electoral malpractices also came up. In some areas like Bagnan and Uluberia in Howrah, the BJP alleged Trinamul was intimidating voters and they were being prevented from reaching the booths. In some areas like Magrahat (West), Trinamul alleged the BJP was hurling crude bombs to prevent voters from reaching the booths. Trinamul leaders also alleged central forces were trying to influence voters in favour of the BJP.

EC sources said in all these cases, the quick response teams had acted swiftly and helped the voters cast their votes. Officials in the EC said each and every complaint was attended to and no complaint regarding jawans interfering in the poll process was established.