Around 8.30pm, most places of the coastal belt of Bengal started experiencing a squall of 40kmph with heavy rain 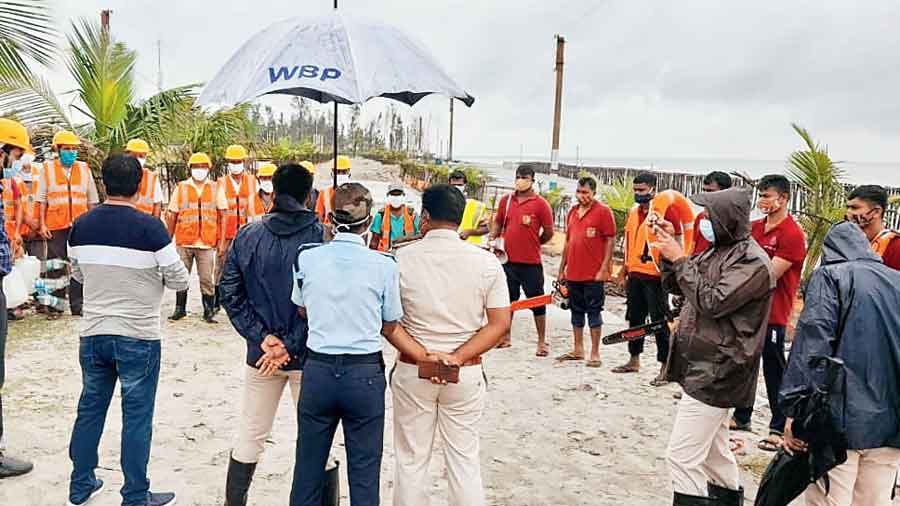 Coastal South 24-Parganas and East Midnapore, along with parts of the Gangetic Bengal, saw mild to heavy rainfall on Tuesday owing to  low pressure over northwest Bay of Bengal.

Around 8.30pm, most places of the coastal belt of Bengal started experiencing a squall of 40kmph with heavy rain.

Contrary to Monday’s forecast, much of Tuesday remained largely normal with no reports of major damage.

However, the Alipore weather office issued a red alert on enhanced rainfall on Wednesday with thundershowers in coastal areas and parts of North 24-Parganas, Howrah, Hooghly and Jhargram in south Bengal, coupled with a squall.

The state government has geared upto combat any emergency in coordination with allied departments and disaster management wings.

“The initial outcome of the depression appeared to be quite weak” a senior official of South 24-Parganas district administration said. “But the weather office has predicted a change in the situation from the night (Tuesday to Wednesday). It issued a red alert indicating heavy rainfall, so we are not showing complacence and our monitoring is almost round the clock,” he added.

Around 40,000 people from vulnerable areas were shifted to safe shelters, he added.

For much of Tuesday, coastal areas were also largely normal with mild rain and there was no turbulence in the sea, said East Midnapore’s Ramnagar BDO Bishnupada Roy. But heavy rain with wind began to lash coastal areas from around 4pm in both 24-Parganas and East Midnapore.  The worst hit were Sagar, Namkhana, and Kakdwip.

On Wednesday, rain (from 7cm to 20cm) with intense spells of showers or thundershower with lightning are likely, an IMD official said. “Heavy rain is likely to batter coastal districts East Midnapore and South 24-Parganas, as well as West Midnapore and parts of south Bengal. The situation is expected to normalise on Thursday,” he added.

Heavy rainfall coupled with gusty wind in several areas of South 24-Parganas in the evening uprooted several trees and electric poles in Kultali and adjacent areas. The uprooting of electric poles led to power cuts in areas that include Raidighi hospital, as well as adjacent areas of Baruipur and Sonarpur.