After calm polling, talk of ‘storm’ in results 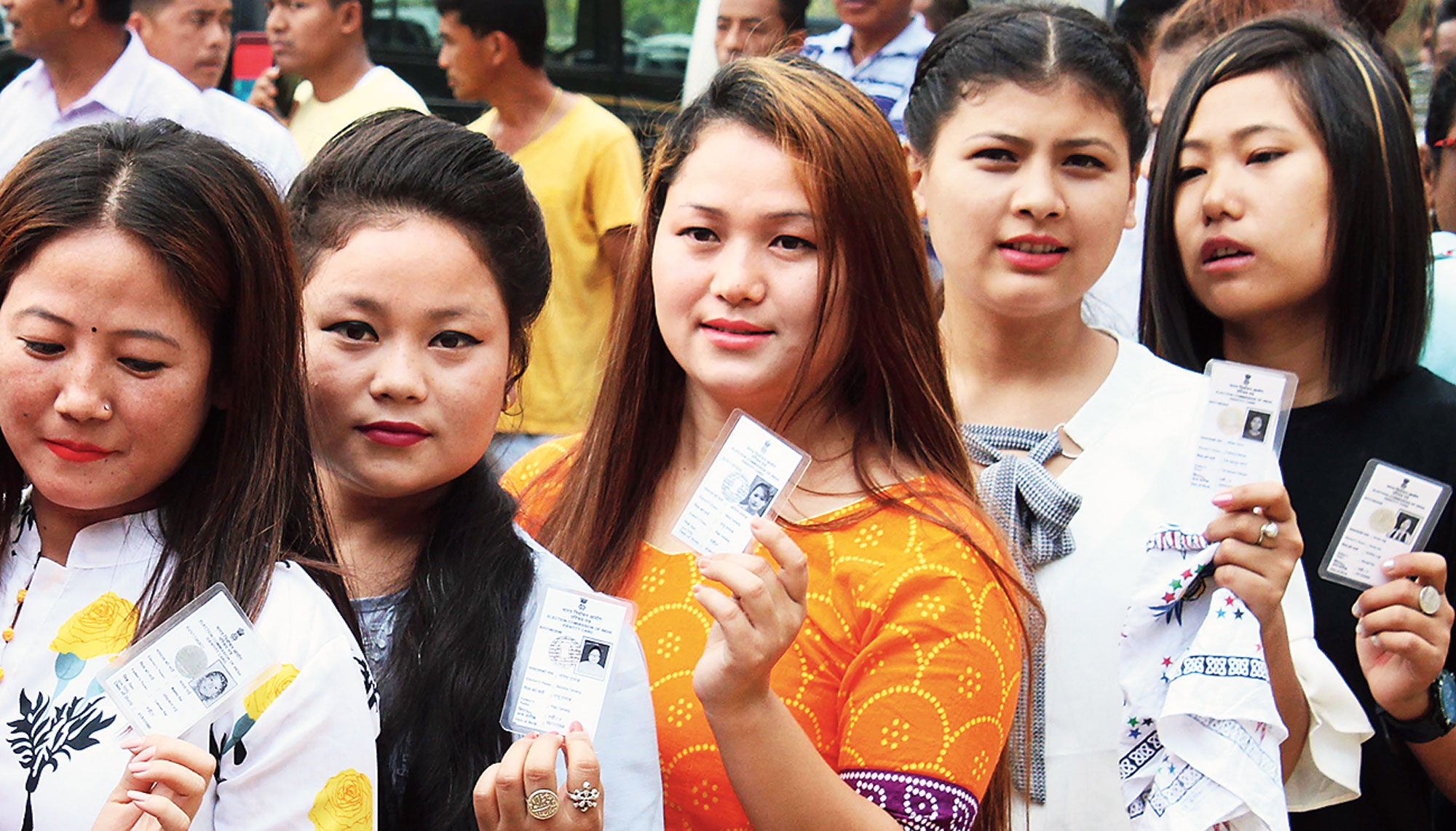 The hills voted relatively peacefully under clear skies and bright sun on Thursday after two stormy nights, but chatter about rough weather ahead gathered strength.

“The weather is pleasant. This made us come out and vote. Will the political weather be as bright and pleasant after May 23 (counting day)?” wondered a voter at polling station Number 181 on Darjeeling town’s Ladenla Road, referring to the tight contest for the Darjeeling Lok Sabha seat.

The reason many were discussing the situation after the May 23 results is that unlike other parliamentary seats in Bengal, local factors affect the Darjeeling outcome more.

The overall turnout was 76 per cent. The hills account for 43 per cent of the constituency’s voters and the plains 57 per cent.

This is the first election the Binay Tamang camp of the Gorkha Janmukti Morcha is facing after the 2017 statehood agitation that rocked the hills and led to a split in the party with former chief Bimal Gurung heading the other faction.

Amar Singh Rai, the Trinamul candidate backed by the Tamang group, sounded confident of victory. So did Raju Bista, the BJP nominee backed by the Gurung camp and the GNLF.

“I would like to thank everyone for a relatively peaceful vote. We want peace and stability in the hills. I am overwhelmed by the enthusiasm among the voters,” said Rai.

Bista visited many polling stations. “The positive thing is people are coming out to vote. It is an indication they are coming out of the atmosphere of fear created by Trinamul. It will be a hat-trick for us,” said Bista referring to the BJP victories in the last two Lok Sabha elections from Darjeeling.

“It is sad Binay Tamang has sent a message to cadres in Nepali asking them to start doing their jobs and ensure 90 per cent votes…. they are looking to rig at the fag end of voting,” said Bista.

Tamang, who heads the GTA, rejected the allegations. “It seems Bista cannot understand Nepali properly. Nowhere have I talked about rigging and booth capturing.”

Early in the day, there were reports of some EVMs malfunctioning. Darjeeling DM and district election officer Joyoshi Dasgupta said no “major problems” were reported in voting.