The singer expresses his condolences to the bereaved family 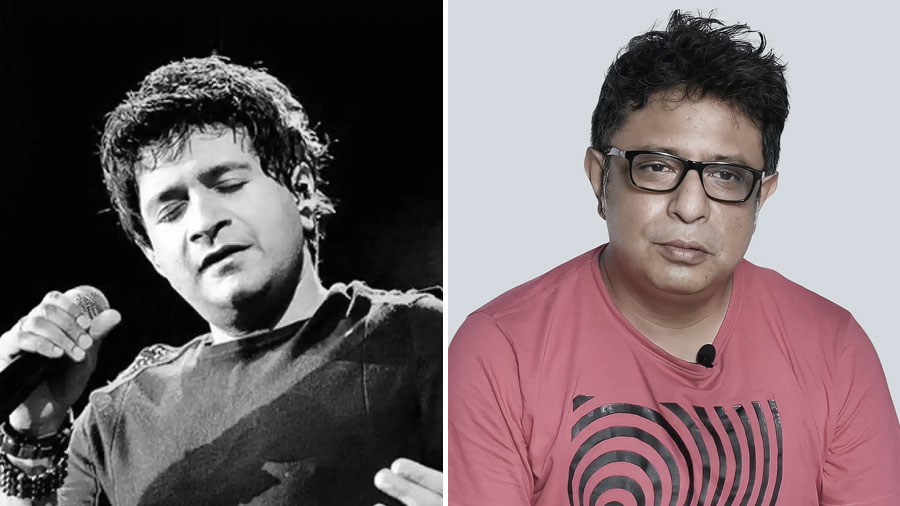 In the eye of the storm and being viciously trolled for his comments against Bollywood singer hours before his tragic death in the city, popular Bengali singer Rupankar Bagchi Friday offered unconditional apology to the bereaved family.

He said the trolling and attack directed at him on social media for the past three days was "traumatic and unprecedented".

"I am getting physical threats and even threats to my life in the social media over phone and outside," he told reporters here at Kolkata Press Club.

Reading from a statement, he said "My unconditional apology for's family, the people of Mumbai and scores of his fans, people who loved him in Kolkata and all over the country. I regret the momentary indiscretion as I was making the Facebook live led to the present situation. I have since deleted the Facebook post but the attacks continue".

Stating that he was showered with love, adulation and respect from audiences here and abroad for years, Rupankar said "Who knew a momentary indiscretion where I could not communicate my thoughts in a proper way and caused anguish to people would lead to such outpouring of anger and hatred against me and my family."

Rupankar said that all he had wished to say was that the Bengali audience should rally behind Bengali musicians in the same way as displayed in the concerts of artistes from Mumbai. The anger and hatred against him was because he could not project his views in an organised manner, he argued.

"There was nothing personal against, whom I didn't know personally. I had only referred to his concert at Nazrul Manch on Monday and the frenzy among the audience," he said.

Rupankar further said he felt that regional performers - be it in the South, East or elsewhere- are being "pushed to the wall".

"I took up their cause not from individual point of view but collectively as we are all facing an existential crisis," he said.

About his comments in Facebook that several singers from Bengal are better than, Rupankar said "Now I think I shouldn't have named them without their consent."

Immediately after the furore over his post in the wake of the death of Krishnakumar Kunnath, popularly known as, Rupankar had taken pains to explain he did not want to belittle the late Bollywood singer.

After watching a video of's previous show on Monday evening, he had said on Facebook that he might be a wonderful singer but there are better vocalists than him in West Bengal and named a few of the leading ones.

"KK,,. who is? Why so much excitement about Mumbai artistes? Learn from Odisha, Punjab and Southern industry please become Bengali first," he added, in an apparent reference to the buzz created by the Bollywood singer's visit to Kolkata.

He deleted the video following's death but it had gone viral on social media by then, triggering an outrage that refuses to die down. Several memes on Rupankar circulated in the social media and the trolling continued.

Singers like Iman, Raghab and Rupam Islam who were named by Rupankar to be better than have already distanced themselves from his comments asserting he should have taken their consent before bracketing their names with him in the Facebook post.

Singer Anupam Roy, who was known to for years and went to the hospital where he was declared brought dead late on Tuesday night, described him as one of the multifaceted singers with a golden voice.