Vladimir Lenin out of favour in Trinamul Congress body

The list of names to be changed includes an 8.2km stretch named after the leader of Russia's Communist revolution 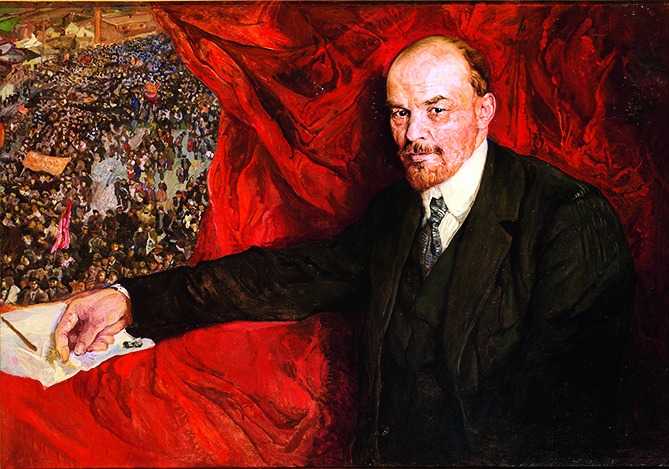 The Trinamul-run Durgapur Municipal Corporation has decided to wipe out the name of the leader of the Bolshevik Revolution and the architect of the Soviet Union, Vladimir Ilich Lenin, from its territorial limits.

At a recent board meeting, the civic authorities have decided to change and rename five existing roads of this industrial town in West Burdwan. The list of names to be changed includes an 8.2km stretch named after Lenin.

Industries like Mining Allied and Machineries Corporation (MAMC) and its township fall on the stretch that also connects the town’s BC Roy Road and Jawaharlal Nehru Road.

The road was named after the Leftist icon over five decades ago when Prafulla Chandra Ghosh was the chief minister of Bengal.

The stretch was named Lenin Sarani after then Prime Minister Jawaharlal Nehru inaugurated the MAMC, which was an Indo-Soviet collaboration, in 1953.

The road was constructed by the then Industrial Board, which later transformed into Durgapur Development Authority (DDA), in 1967. The DDA during the tenure of Ghosh had the road after Lenin as a recognition of Soviet Union’s contribution in setting up the MAMC.

The decision has raised the hackles of the CPM, prompting the party to threaten an agitation on the issue.

“Trinamul workers had demolished statues of Lenin in Jadavpur (Calcutta) and other places of the state after they came to power in 2011. It is only expected that they would change the name of Lenin Sarani but we will never allow them to do it,” said Pankaj Roy Sarkar, a CPM district secretariat member in Durgapur.

He added that a section of intellectuals in the state often described Mamata Banerjee as “more Left than the Left '' but the action of Trinamul leaders goes to show that their supreme leader Mamata Banerjee had no respect for Lenin.

A senior CPM leader pointed to the intolerance of the Trinamul when it came to dealing with Left icons, be it Lenin or former Bengal chief minister Jyoti Basu.

A CPM leader highlighted the Mamata Banerjee government’s decision not to name Rajarhat-New Town after the Left veteran Jyoti Basu.

The Buddhadeb Bhattacharjee government that preceded the Mamata government had made the renaming proposal as part of the New Town Calcutta Development Authority (Amendment) Bill, 2010.

However, in October 2011 the Mamata government decided not to go ahead with the renaming proposal passed by the Left Front government.

The leader said that contrary to the present regime “Jyotibabu continued to live in a house that was named after former Prime Minister and his political rival Indira Gandhi”.

“The government never thought of changing the name of Salt Lake’s Indira Bhawan,” he said.

Sarkar said the ruling party’s aversion for Lenin showed that the Trinamul and the BJP were two sides of the same coin. “In Tripura, the BJP government demolished statues of Lenin after the party came to power. Mamata Banerjee opposed it but she remained mum when her party men did the same in Bengal.”

Durgapur deputy mayor Amitabha Banerjee said the CPM was unnecessarily raking up a controversy. “Lenin is no more popular in Russia and so what is wrong if we change the name of Lenin Sarani here,” said Banerjee.

Refuting charges of being BJP’s ideological partner, Banerjee said: "We are not demolishing statues of Lenin like the BJP did in Tripura. We are only renaming roads after legends from the state and country. Lenin is neither Bengali nor an Indian. So, what’s wrong with it?" said Banerjee said.

The CPM has decided to stage demonstrations in front of the civic office and also collect signatures of local residents in support of their demand to revoke the decision.

CPM West Burdwan district unit secretary Gauranga Chatterjee said the present Trinamul-run civic authorities in Durgapur had failed to construct any new road during their tenure and renaming roads was a new ploy.

“They have no other alternative but to rename existing roads and inaugurate them. It is an attempt to fool people ahead of the civic elections in Durgapur,” he said.

Asked a civic officials said that the new name of Lenin Sarani was yet to be decided but four other roads — Bengal Ambuja East, West, North, and South — would be named after singers Sandhya Mukhopadhyay and Bappi Lahiri, lyricists Pulak Bandopadhyay and music composer Abhijit Bandopadhyay, respectively.