Verdict vindication of our stand: BJP

Barely an hour after the HC ruling, at least two Union ministers, three BJP MPs from Bengal, including Dilip Ghosh and Suvendu Adhikari hailed the judgment 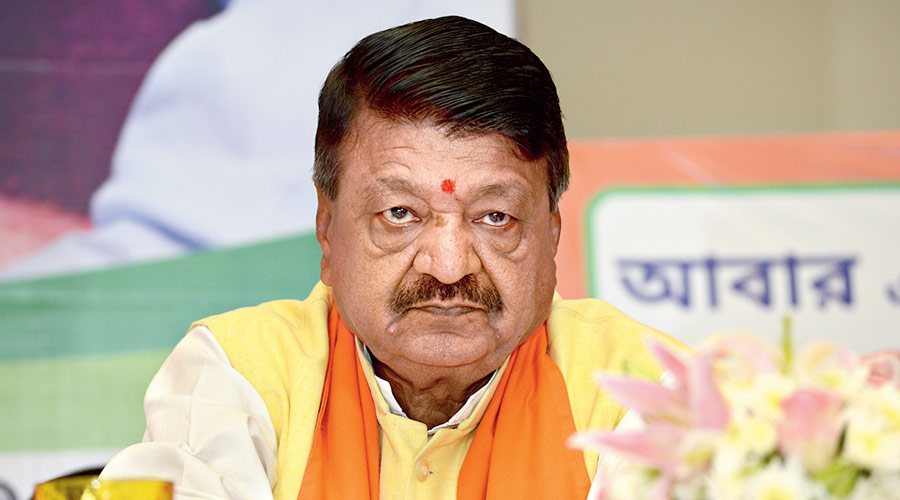 The BJP on Thursday said Calcutta High Court’s order to hand over probes into post-poll result violence to the CBI was a step towards the establishment of democracy again in Bengal.

Barely an hour after the Calcutta High Court ruling,at least two Union ministers, three BJP MPs from Bengal, including state party chief Dilip Ghosh and leader of Opposition in the Assembly Suvendu Adhikari hailed the judgment. They said the verdict was a vindication of the BJP’s stand that law and order was in a shambles in Bengal.

Numerous other national and state functionaries of the BJP, including the party’s Bengal minder Kailash Vijayvargiya, his deputies Arvind Menon and Amit Malviya, and |the party’s national spokesperson Gaurav Bhatia followed suit.

“We welcome the court’s decision. In a democracy, everyone has the right to spread their ideology but no one’s allowed to spread violence. There is no place for violence in democracy,” said Union minister Anurag Thakur, accused of fomenting tension through a hate speech during the campaign for the Delhi Assembly elections last year.

Thakur’s cabinet colleague Smriti Irani said the judgment was “a concrete step on the path of justice”.

“Despite everything that happened, the chief minister refused to accept the reality. We had no other option but to move court for justice…. The National Human Rights Commission’s team had submitted a 900page report…. They (Trinamul) questioned its veracity and accused the representatives in the team of being members of the BJP...,” said Ghosh.

“There is no law and order in Bengal. Whenever we went to police to file complaints, they either refused to take our FIRs or said that they were helpless.…Today, with their judgement, the honourable high court has given a way out to establish democracy in the state again...”

Trinamul turncoat Adhikari said the postresult incidents were in “gross violation of human rights” and were hitherto unforeseen in Independent India.

Trinamul vicepresident Saugata Roy made no bones about his displeasure with the verdict. “Yes, of course, there is unhappiness with this verdict,” said Roy.

“Law and order is fully a state subject. If, in that, the CBI keeps appearing repeatedly, that cannot be desirable,” added the Dum Dum MP.

Sources in Trinamul said chief minister Mamata Banerjee was likely to end her public silence on the matter on Friday after a meeting of the national Opposition convened by UPA chairperson Sonia Gandhi that the Trinamul chief will attend virtually.

Roy said the state government would appeal against the verdict and attempts would be made to prevent its implementation.