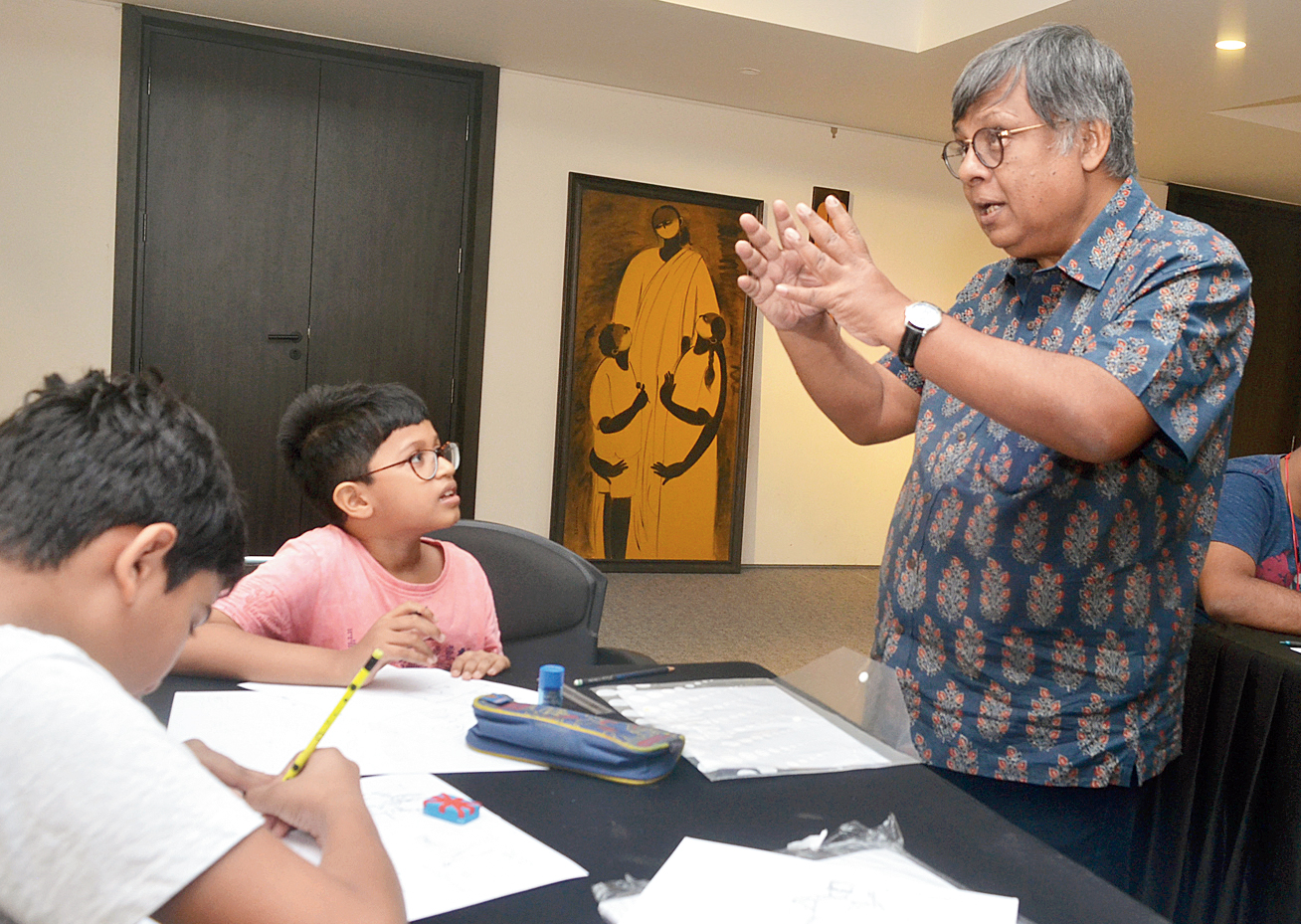 The student of St Xavier’s Collegiate School was happy to do something different this summer vacation. The fan of Manga comics — who loves writing short stories too — was taught how to retell them through cartoons.

He was one of the seven participants at a five-day cartoon workshop organised at the Kolkata Center for Creativity from June 4 to 8. Schoolchildren and professionals sat side by side to create their world through comic strips. Showing them the way was cartoonist-writer Debkumar Mitra, who wants to give children yet another outlet to create.

“You don’t have to be an artist to create a comic strip. In fact, you need to be a good storyteller,” said Mitra, as he showed his students how to narrate a story through compartments and witty dialogues.

“I got interested in Marvel comics recently. Since then I was wondering how to write my own graphic story,” said Aditri Chatterjee, a Class VI student of La Martiniere for girls.

While her friends attended various activities this summer vacation, Aditri is busy writing a graphic tale about two friends who fall in love with history after a time-travel. Mitra hopes that some of the stories can be exhibited later.

Various ideas poured out as Mitra taught kids how to illustrate their protagonists through simple pencil sketches.

“Anybody who loves to doodle can learn how to create a comic strip. Comics are about the story. I encourage children to tell their own through basic illustrations,” said Mitra, who along with three other cartoonists — Sarbajit Sen, Sekhar Mukherjee and Pinaki Dey — have formed the Longform Collective.

“We try to promote comics making in educational institutions. We have already conducted a workshop at Jadavpur University. We also plan to bring out one anthology every year,” said the editor of Longform: An Anthology of Graphic Narratives that was released last year.

According to him comics and doodling are no longer the source of entertainment for only the back benchers. “Many children want to learn the art or take it up as a profession later. Comics also help slow learners. We want to help students explore this avenue right from school days,” Mitra added.

Two professionals also joined the children’s brigade. For thirty-year-old product designer, Debalina Ghosh, doodling is a passion. “I am interested in graphic stories. This is a good opportunity to get some practice,” she added.