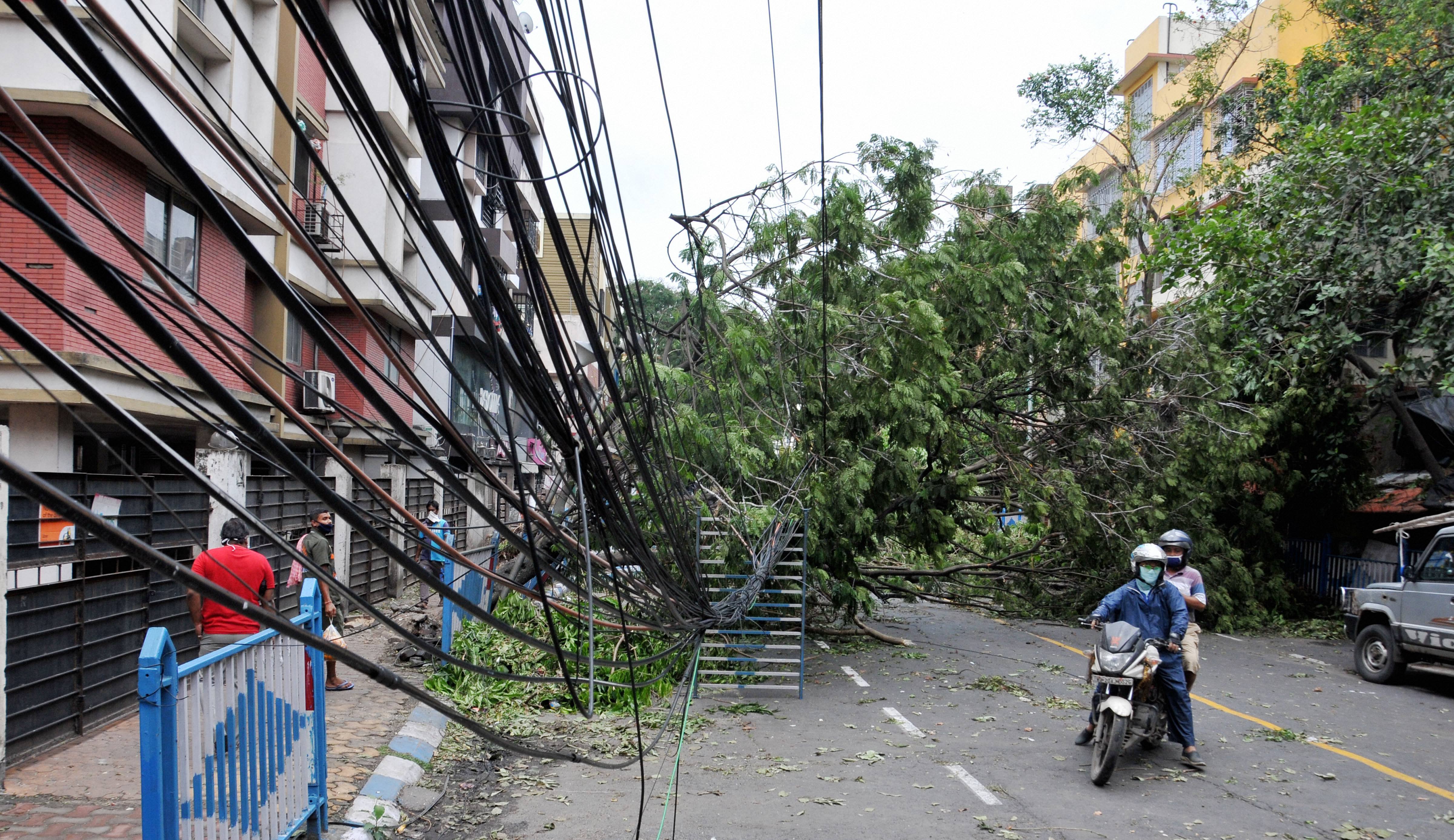 The Bengal government on Sunday instructed the two power utilities of the state, WBSEDCL and CESC, to take firm action for restoring power in various parts of the state ravaged by cyclone Amphan.

The cyclone blew away electric poles, damaged transformers and uprooted trees that fell on cables disrupting power supply in several parts of the state including Kolkata.

Absence of power also triggered a crisis in water supply in the affected areas since the evening of May 20, when cyclone Amphan made the landfall leading to the death of 86 lives in the state.

Hit by the worst #cyclone in centuries #Bengal #Kolkata

'GOWB has been earnestly trying to restore power and essential services in rest of the areas also asap. CESC & WBSEDCL have been given firm directions, teams working 247, fallen trees being removed by civic & state bodies with help from Army & NDRF, all GOWB agencies deployed,' the state home department tweeted.

The West Bengal State Electricity Distribution Company Limited (WBSEDCL) has reported that power supply has been restored in Garia, Bansdroni, Kestopur, Baguihati, Teghoria, Salt Lake, New Town and other areas in and around Kolkata, the tweet said.

Four days after cyclone Amphan ravaged Bengal, operations of several industrial units in Haldia normalised on Sunday as water supply to many facilities was restored, an official said.

Besides power, the supply of water, a key input for running units, was disrupted due to the cyclone, he said.

Some large plants having captive power facilities managed to run their units at a lower capacity with scarcity of water, the official said.

He said water is supplied from a treatment plant at Geonkhali that produces 27 million gallon daily, and 85 per cent of which is consumed by the industries in Haldia.