Over Monday and Tuesday, four prominent leaders did not allow workers to enter the factory, causing a disruption in production activities 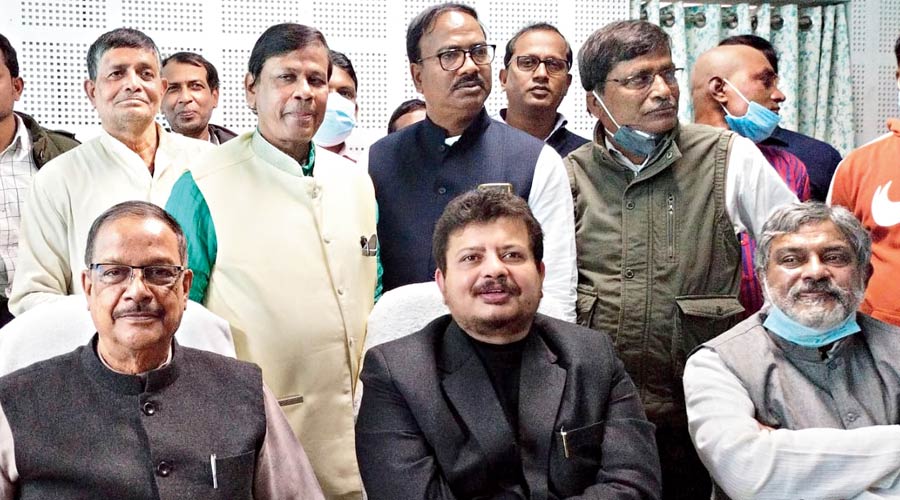 A labour unrest that disrupted production at the Exide battery factory in Haldia on Monday and Tuesday and a subsequent complaint by the company to Mamata Banerjee prompted the arrest of four prominent leaders of Trinamul’s trade union, law minister Malay Ghatak’s promise of crackdown on such movements to local industry bosses and ouster of “trouble-makers” from the ruling party.

Sources said the agitation had started at the gates of the Exide plant on Monday morning. The protest was led by INTTUC leaders of the factory, Soumen Bag and Moidul Khan, who were arrested along with Banerjee and Maiti. “They started the agitation because they wanted to interfere in the recruitment of casual workers,” said a source.

Over Monday and Tuesday, the leaders did not allow workers to enter the factory, causing a disruption in production activities.

“Later, two labour leaders Tapas Maiti and Sanjay Banerjee came to the spot and joined the agitation,” said a labourer who was present at the time of the agitation.

Exide authorities then reportedly contacted the chief minister through state INTTUC chief Ritabrata Banerjee. On his advice, the company registered an FIR on Tuesday afternoon in the name of the four persons at Durgachak police station in Haldia. The police arrested the four shortly after.

“The state government is angry over continuous incidents of workers’ unrest in Haldia over the past month, for which the police were asked to arrest the trouble-makers,” said a police source, adding the four were granted bail by a local court on Wednesday.

Minister Ghatak, who rushed to Haldia on Tuesday night along with Ritabrata, said Maiti and Banerjee were both removed from their posts and suspended under instructions from the leadership.

“The job of the trade union is to ensure that workers are getting their due benefits. Their job is not to see who will be the contractor or who has the right to enter the factory,” he added.

Talking to journalists in Haldia, Ritabrata said Mamata Banerjee had given clear instructions that no workers’ movement should lead to closure of factories. “By taking action against these two labour union leaders, we wanted to convey the message that no immoral act would be tolerated,” he said.

Regarding the removal of the two leaders, he said special observer Sanjay Banerjee had sent letters to Haldia’s industrial outfits using his personal address, without using the INTTUC office address.

“District president Tapas Maiti made recommendations for workers in various factories. We had set up a helpline in Haldia, where we received multiple complaints regarding these two. They had been served showcause notices but neither responded. So, they have been suspended and removed from office,” said Ritabrata.

To send across the message that the state government and the ruling party would stand by industry in the event of labour unrest, the minister and Ritabrata on Wednesday held meetings with representatives of 30 officials representing industries in Haldia.

Ghatak and Ritabrata assured the industry representatives that the state government would not endorse any movement to bring work to a halt in Haldia.

“That key message has already been given to the industrial units by arresting four people,” said a ruling party leader.

Tarun Kumar Pan, chief operations manager of the Exide unit, said: “A militant movement has been going on since Monday morning in the form of blocking the gates of the factory.”

“The factory was closed for two days. The company has suffered a loss of around Rs 30 crore,” he said, adding that the state government’s response to the problem was “good news” for industry.

The Exide unrest caps a series of similar incidents that industry captains had raised at a meeting organised by the East Midnapore district administration in Haldia last month. The industry bosses had voiced their grievances against alleged misconduct by labourers and trade unions who allegedly belonged to Trinamul.