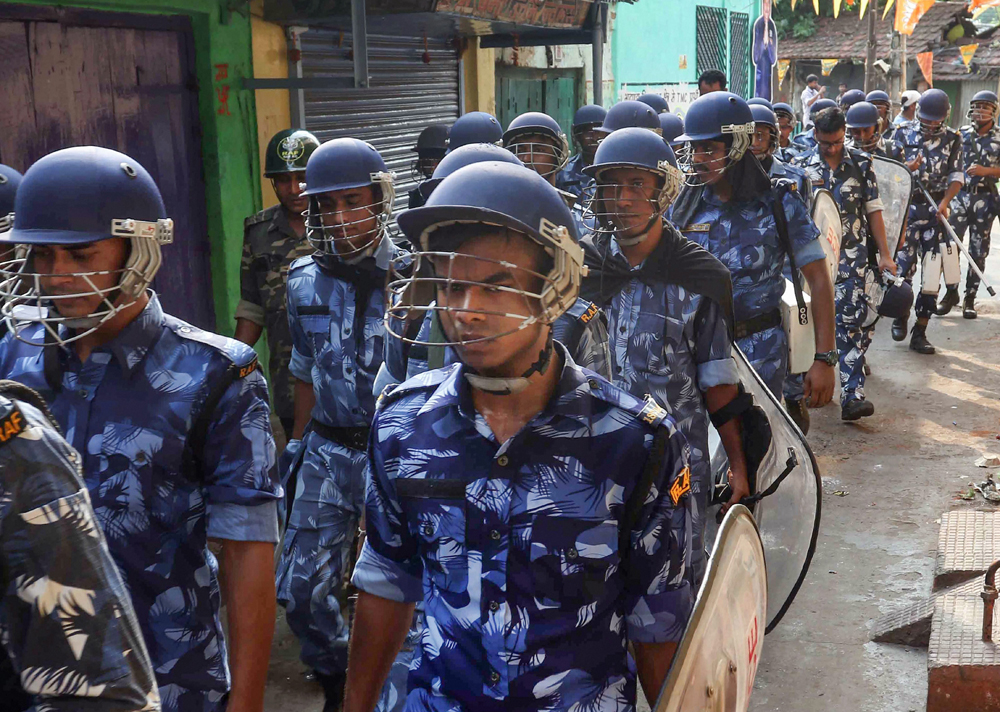 The last leg of the Lok Sabha polls in Bengal turned into a “contest” between Trinamul and central forces with face-offs between party leaders and the men in uniform reported from various areas.

By evening, chief minister Mamata Banerjee levelled direct allegations at the forces. “The manner in which the BJP supporters and the central forces tortured, I have never seen anything like this. This is unprecedented… Though it is not a day to campaign, I have to say this,” Mamata said after casting her vote.

She later demonstrated in front of New Town police station.

Sources said the central forces had removed a Trinamul camp and allegedly driven away party workers preparing a meal for the supporters in New Town, part of Barasat constituency. “On being asked, they (the workers) had said it was a family function but when they could not produce any evidence, the forces removed the camp,” said a source in the Election Commission.

In Kamarhati, Trinamul councillor Bimal Saha claimed central force jawans had vandalised a party camp office. “We were sitting with water and sweets to serve elderly voters because of the excessive heat. Central force jawans arrived and resorted to batoncharge,” said Ruby Karmakar, a Trinamul volunteer.

The sources in the Election Commission said the central forces “intervened whenever a rule was violated”. The sources said special central police observer Vivek Dubey had told commandants of the forces to ensure peaceful voting.