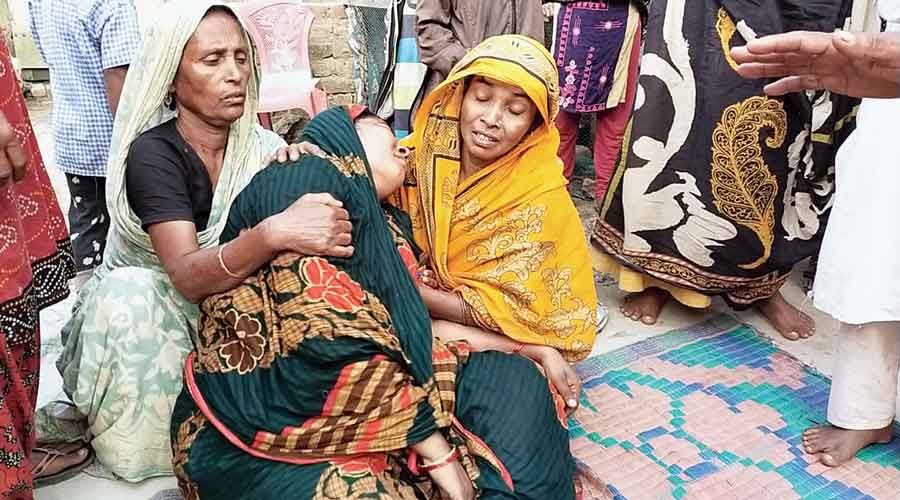 Muharram Sheikh, 36, a Trinamul youth wing leader in Canning, was shot near his home late on Saturday, allegedly for protesting  against a party colleague’s habit of extorting from traders.

Police who scanned CCTV footage said four assailants led by Trinamul activist Rafiq Sheikh fired at least four rounds at Muharram at 8pm on Saturday when he was speaking to party colleagues. Two bullets hit his head and one more got lodged in his chest. He was taken to the Canning hospital and then to SSKM Hospital in Calcutta where he died.

Police started a murder case based on a complaint by Md Sheikh, witness and Muharram’s brother. Three persons have been arrested. However, as of Sunday evening Rafiq was still traceless.

Trinamul’s Canning West MLA Paresh Ram Das also accused Rafiq of killing Muharram for being a hurdle to the former’s “illegal earnings” by way of extortion from traders.

The MLA also accused police of inaction over the alleged murder bid earlier.

“Had the police taken up the investigation properly and made efforts to nab Rafiq, our party would not have lost Muharram,” said Das.

“There was no specific allegation against the accused in that case. The previous incident was completely different from what happened on Saturday. Accused Rafiq has a criminal background. But he had no direct link in that previous incident,” said Tiwari.

Trinamul insiders said Rafiq, a former CPM activist, joined Trinamul a few years ago and developed enmity with Muharram after his elevation as a youth wing leader.

“Rafiq has the support of a senior block-level leader, who encouraged him to challenge Muharram’s leadership,” said a Trinamul source.