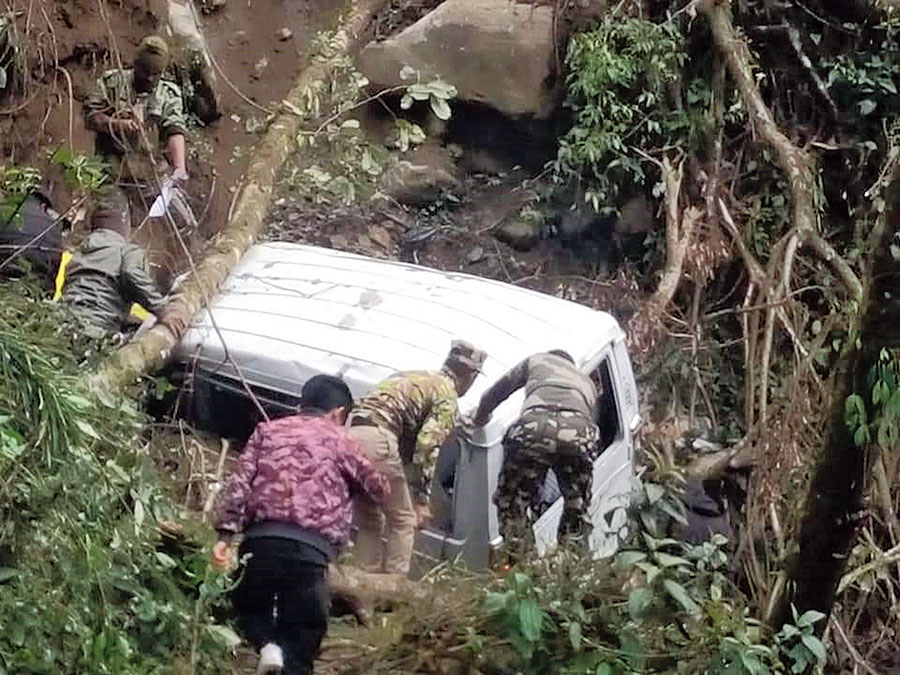 Two tourists from Bengal died and nine were injured when the SUV they were travelling in was hit by a landslide in East Sikkim on Tuesday afternoon.

The injured are from Bengal, too. The driver of the vehicle also died.

Police sources said the accident had occurred at Keew Khola near Lingtam.

“A Tata Spacio carrying 11 tourists was hit by a landslide. Three persons, including two tourists, have died and nine others were injured. The bodies have been recovered and the injured have been shifted to a nearby hospital. Local police are conducting a probe,” said Hari Chettri, the superintendent of police, East district.

The vehicle, police said, was going from Padamchen when boulders and mud rolled off the mountain and fell on it.

“According to the preliminary information, most of the injured are from Barasat in Bengal. Landslide is unusual during this time of the year. It is an unfortunate incident and we are extending all possible help to the bereaved families and the injured,” said Samrat Sanyal, the general secretary of the Himalayan Hospitality and Tourism Development Network.