Even before it started, a twitter handle reportedly run by dissident party men took a dig at leaders 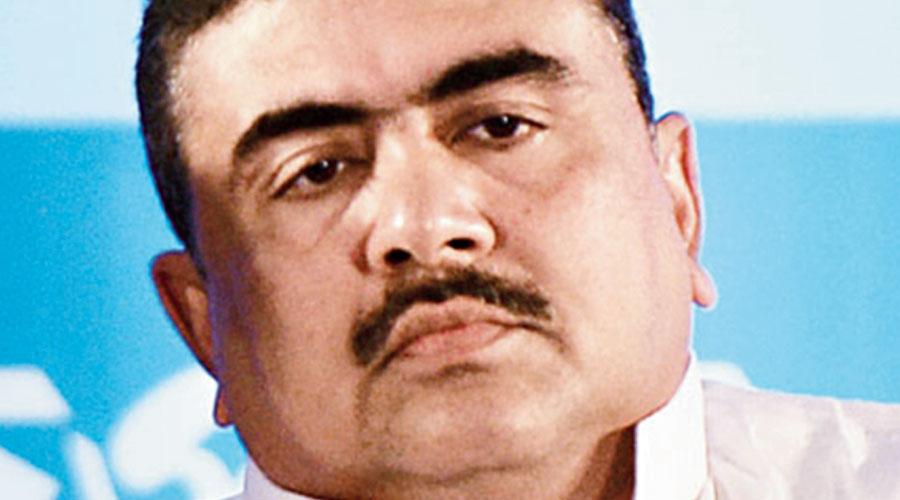 The first meeting of the Bengal BJP on Saturday —after civic poll rout and the feud over its new state committee broke out last December — ended with more confusion as the leader of the Opposition Suvendu Adhikari was absent and MPs Locket Chatterjee and Dilip Ghosh reported expressed displeasure atthe party’s state leadership during the three-hour closed-door session.

The state BJP convened this meeting to discuss the future course of the party at Calcutta’s National Library. Around 100 state BJP leaders attended the session. However, even before the meeting started, a twitter handle reportedly run by dissident BJP leaders took a dig at leaders.

“Today Amit Malviya, Amitava Chakraborty, Suvendu Adhikari, Arjun SIngh, Sukanta Majumdar, Agnimitra Paul gangs of failure will teach the key of success (to) those Bengal BJP leader (who) won 18 Loksabha (seats) without them,” a tweet from the handle Save Bengal BJP read.

Others wondered  why Suvendu, one of the most important faces of the party in Bengal, was absent.

A state BJP functionary said that dissident BJP leader Jay Prakash Majumdar had reportedly said that a group within the party is trying to downplay Suvendu.

Hooghly MP and one of the state unit's five general secretaries, Locket Chatterjee, reportedly said accusing Trinamul of violence — done by the saffron camp whenever they perform poorly in polls — won’t yield much benefit.

“One has to accept weaknesses,” she said. “There has been no violence in Purulia, Bishnupur and Bankura... Then why did we perform so badly there?” she asked.

Ghosh the state unit's decision to call for a sudden strike on February 28, to protest against alleged electoral malpractices during the civic polls. He reportedly said this is why the strike was a failure.

“We are asking our workers to strengthen booth level organisations. But do we have a system in place to do that?” Ghosh asked.

All these discussions, a source said, defeated the purpose of the meeting, which was convened to portray a united face of the party in Bengal. The past presidents like Rahul Sinha and Dilip Ghosh shared the stage with the current chief Sukanta Majumdar, the party's co-minder for the state Amit Malviya and the state general secretary (organisation) Amitava Chakraborty and the party's chief whip at the Assembly Manoj Tigga.

In the aftermath of the civic poll debacle, in which the BJP failed to wrest a single municipality, this effort was needed, a source said.

“The attempt just bombed as those at the helm were busy giving excuses or blaming others,” a source in the party said.

He gave the example of Majumdar, the state president, who dwelt elaborately on his hypothesis that Trinamul goons carried out false voting for Left nominees to ensure that the BJP's vote percentage was lower than that of the Left.

“On the other hand, Amitabha-da went after the dissidents for their role during the polls... If those at the helm remain busy bickering and rolling out excuses, the situation will only worsen,” the source added.