Three truck drivers’ unions to protest against the ‘non-cooperation of immigration, BSF authorities’ 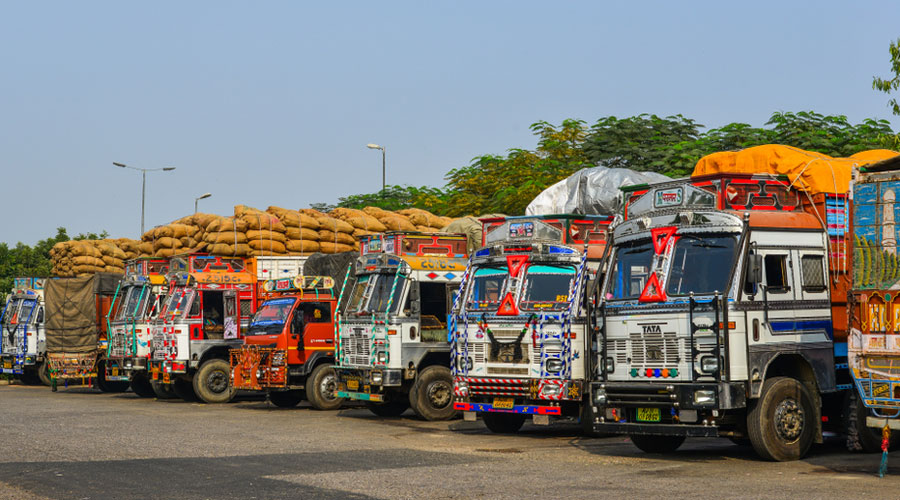 Export and import operations with Bangladesh are likely to take a hit at the Petrapole land port starting Monday following an announcement of strikes by three truck drivers’ unions to protest against the “non-cooperation of immigration, BSF authorities”.

Sources said the strike was announced out of “desperation” by drivers who alleged they had been stranded in Bangladesh’s Benapole port “for days on end” owing to “administrative incompetence and neglect”.

“We are being forced to stay here for the entire unloading period of two-three weeks in precarious condition with no facilities. Even our attempts to return leaving the vehicle being was prohibited by the BSF,” said one driver.

The 11 striking organisations have termed the delays a violation of protocol set up by the Bengal government, and have formed the Petrapole Sthal Bandar Jeevan o Jeevika Committee. They marched outside Petrapole and in Bongaon town on Sunday.

“The troubles are also extending to porters since they are not being allowed to enter there,” said a source. S.S. Guleria, DIG (G), BSF’s south Bengal frontier, said: “We are just following the guidelines by higher authorities. However, we will talk to the people concerned so that border trade is not hampered.”