In another initiative, police have introduced an alarm system for senior citizens 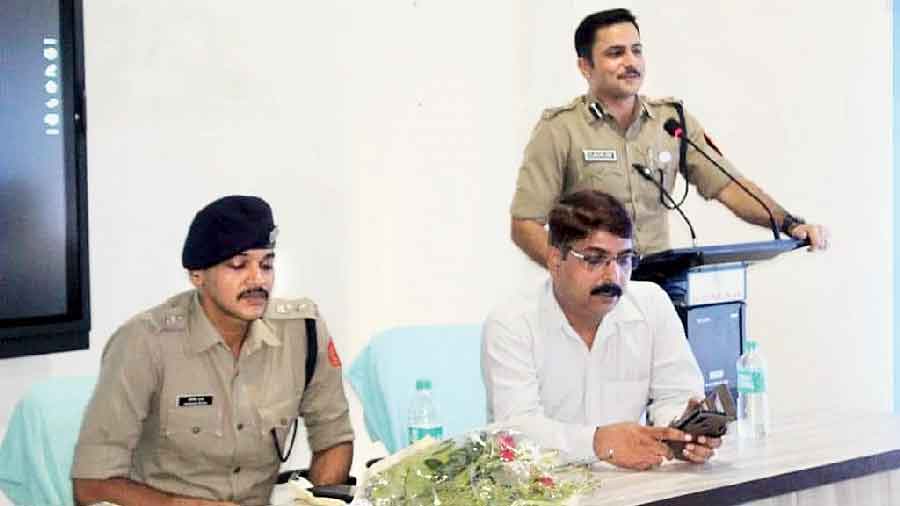 Siliguri metropolitan police have launched an awareness drive for students to apprise them of traffic safety, evils of drug abuse, cyber crime and women’s rights.In a regular manner, senior police officers are visiting the educational institutions and organising sessions to elaborate before the students on these issues.

“Sessions have been conducted in a number of schools and colleges. Our intention is to protect youths from these crimes. They should be made aware of the consequences of violating the rules and laws so that they abstain from any practice that can threaten their safety,” said a police officer. At the sessions, police officers are emphasizing on the safe drive, save life campaign, providing detailed information on various cyber crimes and also underscoring the rights and privileges of women.

“One aware student is enough to educate others. We want him or her to guide and enlighten others and even the general public on these issues, including cyber security,” the officer added.

Last Tuesday, such a session was organized at Surya Sen College of the city. Gaurav Sharma, the commissioner of Siliguri Metropolitan police, was present at the event. He spoke in detail to alert the students and also joined in an interaction with them.

Pranab Mishra, the college’s principal, appreciated the endeavour taken up by the police to create awareness among students.

“I, along with my colleagues, will extend all our support to work with police for such a noble cause. The session was effective as we, too, learned about many aspects of law,” he said.The women police station and the cyber crime police station have also been engaged in the initiative.

“Our officers are speaking on cyber-stalking and other cyber crimes, child marriage, human trafficking and crimes against women. They are also elaborating on the prudent use of social media, which is immensely popular among youths these days,” the officer added.

In another initiative, the police here have introduced an “alarm system” for senior citizens who are members of “Sammaner Bari” — a club for elderly people — for their safety. “With this system being installed at their house, they can raise an alert in their neighbourhood with the click of a button in case of an emergency,” an officer said.