Sikkim builds road to Nepal for trade and tourism

The Sikkim government is constructing a road that will connect Uttarey, a quaint village in West Sikkim, to Chiwa Bhanjyang located at a height of about 10,500ft on the border with Nepal. 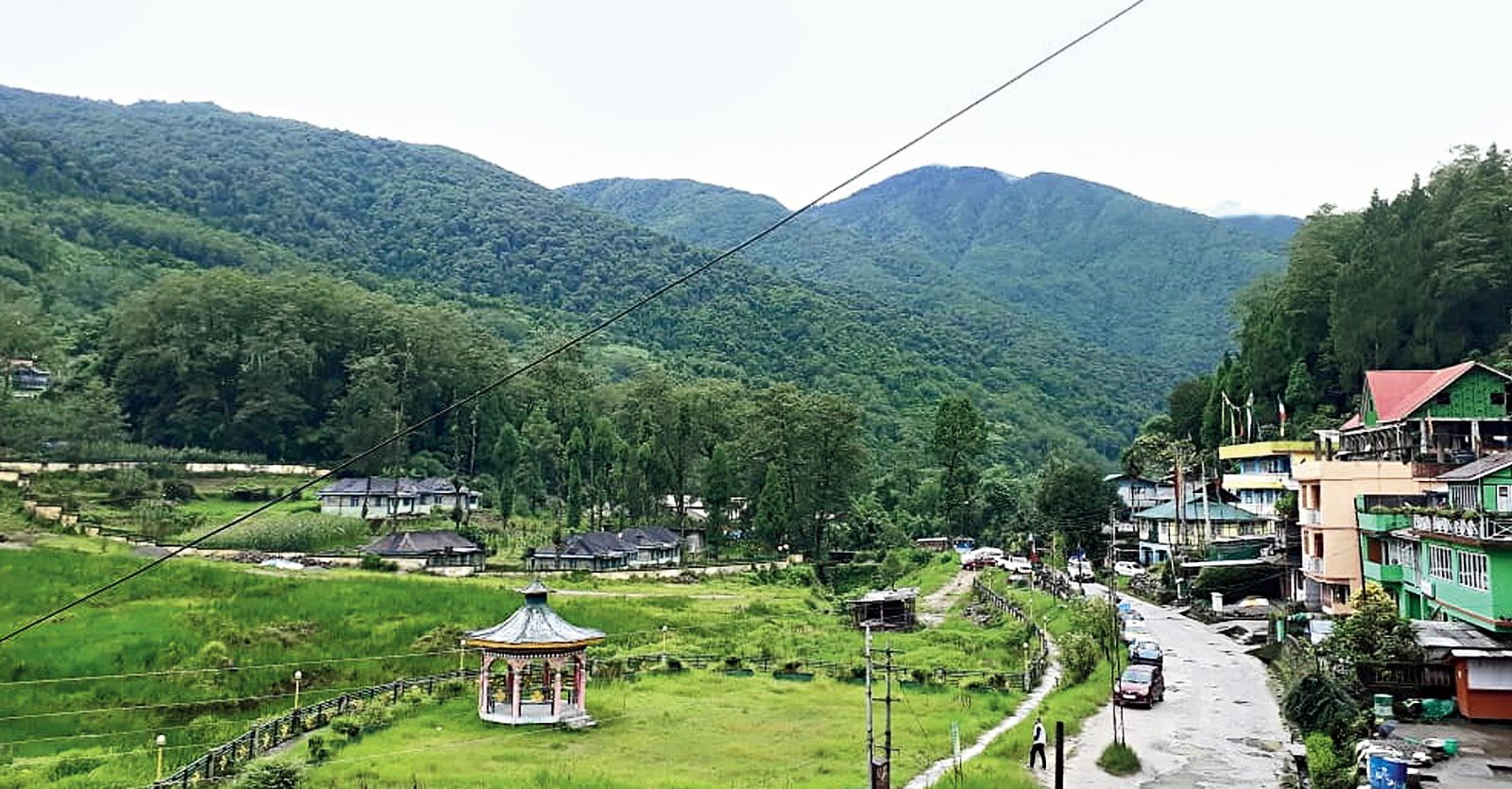 Uttarey (West Sikkim): The Sikkim government is constructing a road that will connect Uttarey, a quaint village in West Sikkim, to Chiwa Bhanjyang located at a height of about 10,500ft on the border with Nepal.

Once completed, the road is expected to give a boost to tourism and trade in the region.

This will be the first road link between Sikkim and Nepal which share almost 100km long common border. Nepal already has constructed a road up to Chiwa Bhanjyang.

The 18km Uttarey-Chiwa Bhanjyang road is being constructed by the Sikkim road and bridges department at a cost of Rs 25 crore and is expected to be completed by the year-end.

N.K. Subba, the urban development and housing department minister and the MLA of Maneybong-Dentam constituency, under which Uttarey falls, said the road would have been built much earlier, but the time taken to get the forest and environmental clearance caused the delay.

"The work is on in full swing now, and we expect the road to be completed by end-December," he told The Telegraph.

Subba said the road link with Nepal will give a boost to the tourism and trade. "The area has been witnessing a steady rise in the flow of tourists for the past six-seven years. The road will provide another entry point for tourists. Trade between Sikkim and eastern Nepal will also get a fillip," he said.

According to local people, given the porous nature of the border, people on both sides have been trading in small volume for years now.

"Items like salt, sugar and kerosene are traded in the border area. With the establishment of the road link, the trade volume will definitely see an increase. There will also be an increase in the number of trading items," said Arjun Subba, a lodge owner at Uttarey.

Siv Bahadur Limbu, a local tourism entrepreneur who conducts trekking tours, said the trekking routes have become very popular since they were first opened in 2010. "Uttary- Chiwa Bhanjyang is the shortest trek and takes about two hours. Porters are available for hire at Uttarey. The higher reaches are pristine, and when flowers like rhododendron are in bloom, it is a sight to behold," he said.

The state government has set up the Tenzing-Hillary Park and is in the process of reviving an artificial lake located in the heart of the village to woo more tourists.

"There used to be a lake in the village, but it dried up and is now filled with mud. The government is in the process of reviving the lake, which could add to the beauty of Uttarey," said Arjun.

Singshore suspension bridge, believed to be the second highest in Asia in terms of altitude, is also located in the area. The bridge links Dentam with Uttarey.