Scan on lawyers for destruction of rape evidence

The names of the two lawyers, who practise at Ranaghat subdivisional court, have surfaced while checking the call list of Sohail alias Brajo 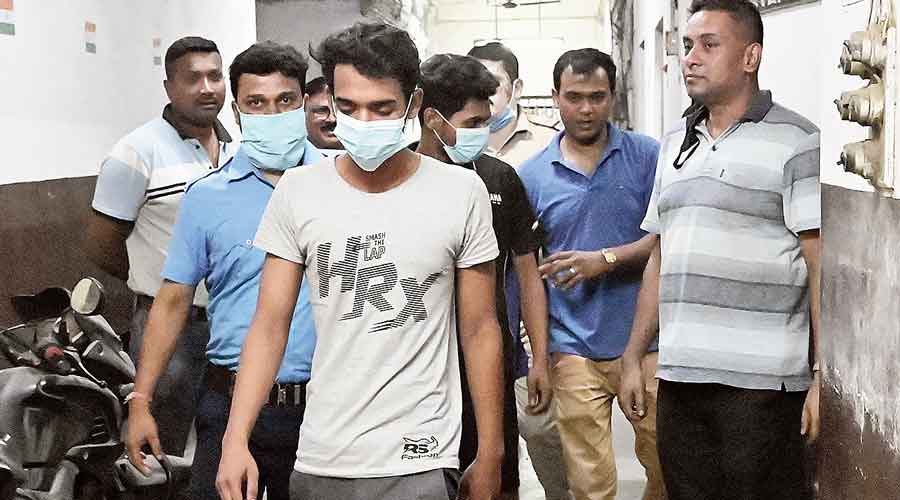 The CBI is scanning the role of at least two lawyers for their suspected involvement in the destruction of evidence related to the alleged gang-rape and murder of a minor girl at Hanskhali in Nadia district.

CBI sources claimed that the two lawyers having proximity to prime accused Sohail Gayali and his father Samar Gayali had allegedly advised them to burn the body of the victim to destroy the evidence of the alleged crime. The names of the two lawyers, who practise at Ranaghat subdivisional court, have surfaced while checking the call list of Sohail alias Brajo.

Suspicion about the two lawyers developed when the CBI found that a number of calls had been made to the mobile phones of the accused on April 5 morning. During interrogation, Sohail confessed to seeking the advice of the lawyers after he was rattled by the girl’s unexpected death.

On April 4, the girl was allegedly gang-raped by Sohail and his friends at his home during a birthday party. The girl was picked up from the road by two passers-by after the gangrape and dropped home as she was bleeding excessively. She died the next morning at her home without treatment. Her body was allegedly taken away forcibly by some influential persons who cremated it at an unauthorised crematorium at the village apparently to destroy evidence.

“Circumstantial development on the day of the girl’s death indicates the lawyers’ role and it is construed that they have indulgence in a part of the crime,” said a CBI officer.

On Monday, two accused — Sohail and Prabhakar Poddar — were produced in the additional chief judicial magistrate’s court in Ranaghat on expiry of their police remand. The court rejected their bail petition and remanded them in four days’ judicial custody.

Prabhakar’s defence lawyer Raja Banerjee said: “My client is being unnecessarily harassed by the CBI even though his name did not figure in the FIR as an accused.”

Three members of the BJP’s “fact-finding” team met the full bench of the National Human Rights Commission in New Delhi on Monday and submitted a memorandum. The team led by Bengal BJP MLA Rupa Mitra Chaudhury, accompanied by MP Rekha Verma and party’s women’s wing president, Vanathi Srinivasan, appealed to the NHRC to take cognisance of the incident and start a suo moto case.

“We have also appealed to the NHRC to ensure protection to the victim’s parents, witnesses, and pay compensation to the girl’s family,” Rupa told The Telegraph.

“We have appealed to the commission to take action for violation of human rights. The right to life of the girl was compromised as her parents could not provide her with access to medical treatment following threat by goons,” she added.