Schools in danger of being gobbled by swelling river 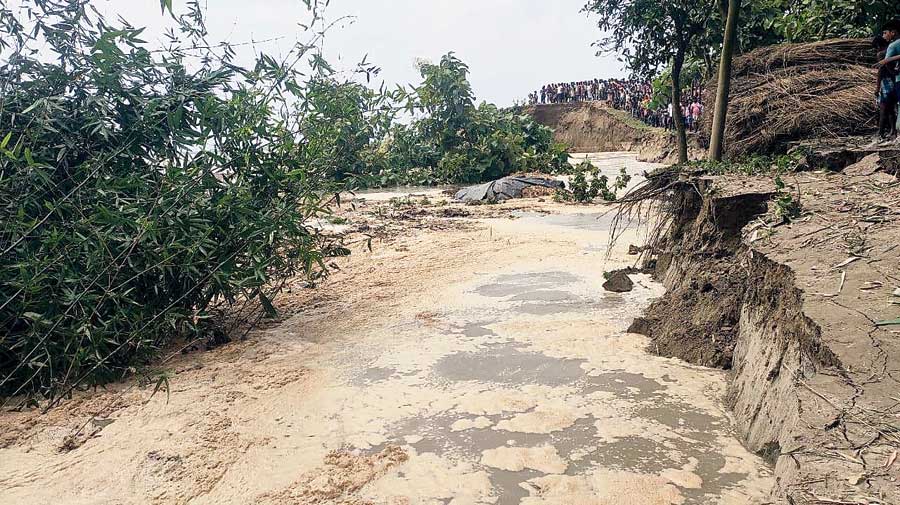 Nearly 3,000 students, their guardians and teachers are keeping fingers crossed as the swelling Ganga nears a high school and a primary school in Birnagar area of Malda’s Kaliachak-III block, gobbling chunks of land by the minute.

Things have reached such a pass that authorities of both schools have urged the administration to arrange land in safer places for the institutions.

Mohammed Ainuddin, headmaster of Birnagar High School, said: “The Ganga is barely 200 metres from our school. Any moment the river may gobble the building.” Mohammed Jiaul Haque, who heads the primary school nearby, is equally concerned. “Back in 2016, we had seen similar erosion. Anticipating a rerun, I started knocking on the administration’s door for alternative land for both schools,” he said.

Erosion by the Ganga in 2016 had swallowed the house of Swadhin Sarkar, BJP MLA of Baishnabnagar.

“This is the only higher secondary institution in the area since 1955. If these two schools are swallowed by the river, the future of our wards’ will be insecure,” said Manik Mandal, a guardian.

MLA Sarkar also said he had written to the Union water resources development ministry to arrest the erosion.

“It is necessary to save these schools,” he said.