They lit candles, hoisted the Indian Tricolour and organised cultural and sports events to observe the day 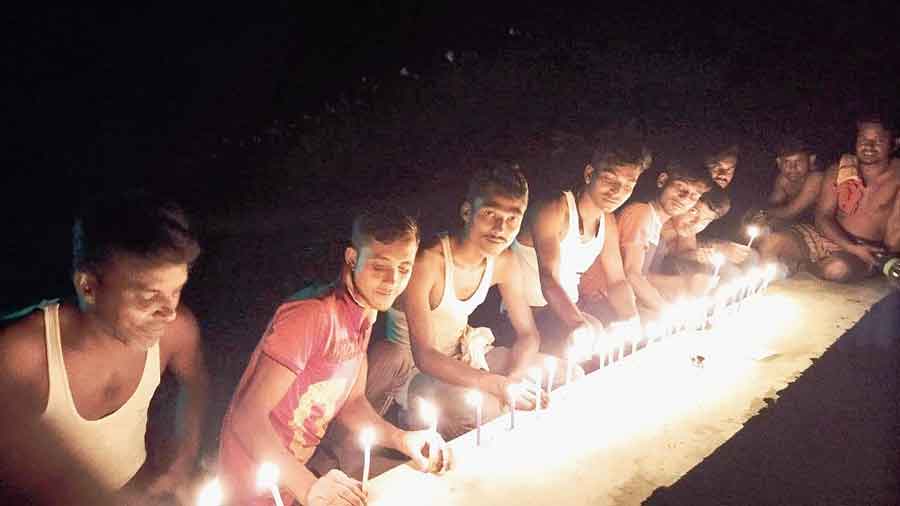 Residents of erstwhile Bangladesh enclaves on Saturday night and Sunday celebrated the sixth anniversary of their merger with the Indian mainland.

They lit candles, hoisted the Indian Tricolour and organised cultural and sports events to observe the day.

Under the LBA, citizenship was offered by the respective countries to residents of enclaves. Hence, those in 51 Bangladesh enclaves on Indian mainland became Indian citizens.

“For us, it’s no less than Independence Day. Six years ago, it was on this day that we became Indian citizens,” said Jainal Abedin of Mashaldanga, a former enclave and now a village in Cooch Behar.

On Sunday, a number of political leaders turned up at the enclaves to join the celebrations.

Udayan Guha, former Trinamul MLA of Dinhata, arrived at Mashaldanga with some of his party leaders.

“Chief minister Mamata Banerjee was instrumental in the exchange of the enclaves. She has also taken the task of infrastructure development of these enclaves after they became Indian villages,” said Guha.