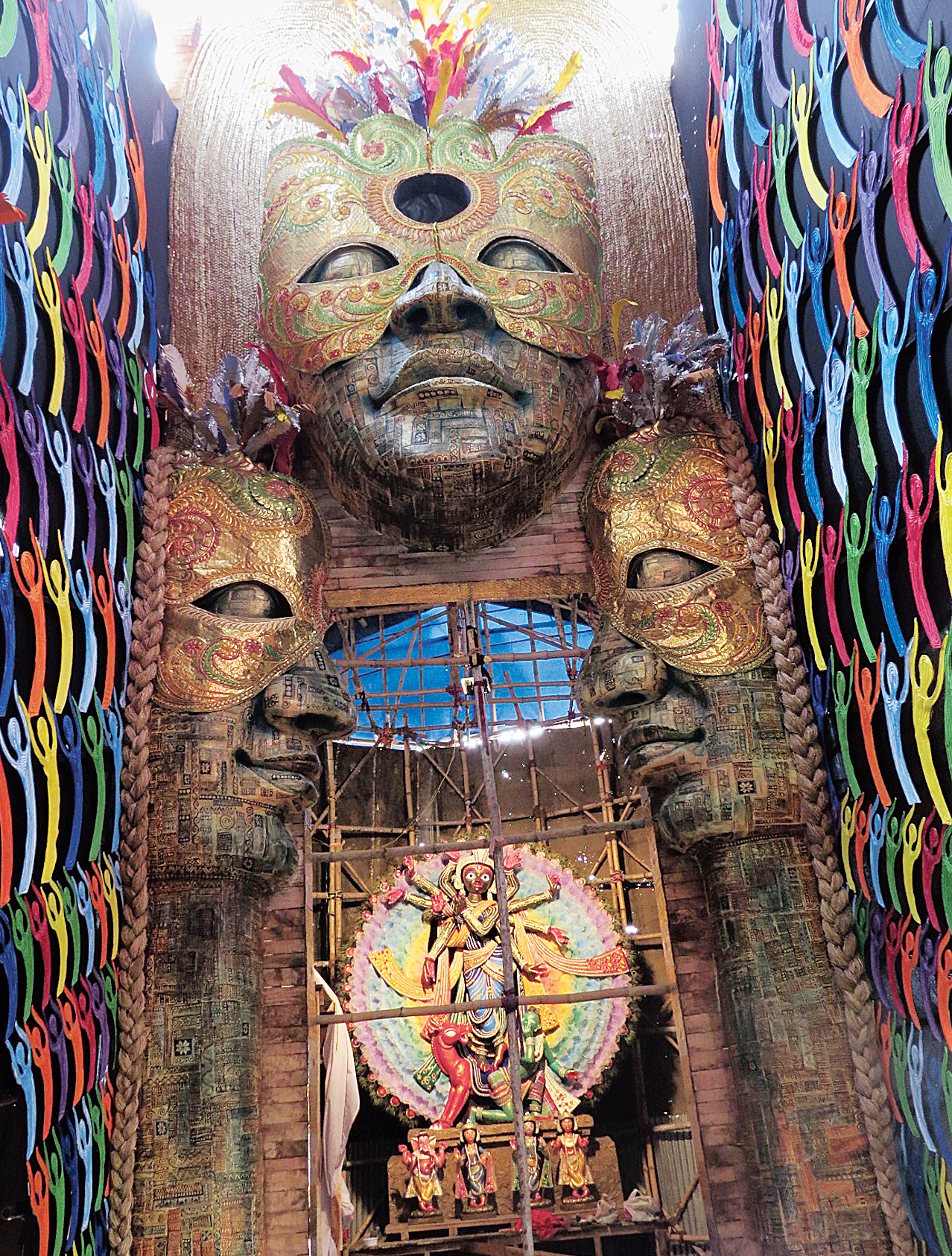 On the first anniversary of the abrogation of Section 377 of IPC, two pujas are embracing lesbian, gay, bisexual, transgender and queer (LGBTQ) people who are usually left on the margins.

At Dum Dum Tarun Dal, artist Anirban Das pays tribute to transgender people. “I had thought of the theme last year, when the Supreme Court struck down Article 377, but I had to wait till this year as it happened so close to Puja,” said Anirban, adding that three transgender persons helped him immensely. “Jui, Hena and Madhu shared their lifestyle with me. They have even lent voice to the puja’s theme song,” he added.

At the entrance to the pandal is a locked room in which a young figure is visible through a window. Opposite the window, hang screens on which activities of transgender people are projected — begging at traffic signals, playing dhol and singing to bless a newborn…. The young person, kept isolated by the family out of shame, awaits such a future.

The idol, crafted by Sanatan Dinda, stands in a feminine pose rather than the usual martial one.

At Adi Ballygunge Sarbojanin, the LGBTQ community will be welcomed with an alpona on the street in rainbow colours that will be painted by members of the community themselves on Mahalaya morning.

“We can celebrate a festival only when we include all people. In our 70th year, we wanted to send a message of equality,” said joint general secretary Dipankar Mukherjee, whose son Dhiraaj, a sociology student, made the suggestion and got in touch with the NGO Prantakatha.

The alpona idea was mooted by Ranadhir Dhar, the artist in charge of the pandal. A stall will trace the history of the LGBTQ movement, from long oppression to victory in the verdict.