The National University of Juridical Sciences (NUJS) has set up a committee to probe the allegations against former vice-chancellor Ishwara Bhat, who had resigned citing health and family reasons on March 28 following protests by students. 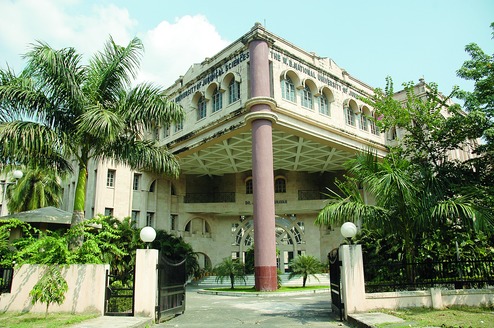 Salt Lake: The National University of Juridical Sciences (NUJS) has set up a committee to probe the allegations against former vice-chancellor Ishwara Bhat, who had resigned citing health and family reasons on March 28 following protests by students.

The students had been up in arms against Bhat for allegedly introducing CCTV surveillance in classrooms and corridors and "moral policing" on female students in the name of security.

They had also accused Bhat, who had joined NUJS as VC in November 2011, of embezzlement and not taking any initiative to recruit teachers.

Some of the issues raised by the students, including "moral policing", found mention in the statutory review commission's report on the university.

The executive council of the Salt Lake law school, the highest decision-making body of the institute, recently set up a four-member panel to probe the allegations against Bhat and the circumstances leading to his resignation. The council has not yet been given any deadline to file its report, a university official said.

The executive council formed the inquiry committee immediately before the university went into summer recess. "The panel will start its probe soon after the law school reopens after the summer vacation," a member of the council said.

Metro had last August reported that female students of the university had complained to vice-chancellor Bhat about being "hounded and harassed" by a section of male employees.

The students had accused the staff of circulating CCTV footage of their movements and trying to ascertain the identities of those who would return to the campus late.

On March 28, the day Bhat resigned, students had boycotted classes demanding his removal.

The agitation forced the authorities to suspend classes and administrative work for a day, something that had never happened at the university before.

The immediate trigger for the students' agitation was the alleged reluctance of the VC to make the statutory review commission's report public. The report had been forwarded to the university by the chief justice of India, Dipak Misra, who is chancellor of the law school.

"Several positive measures are now being taken to ensure transparency in the functioning of the university. We expect a responsive, transparent and invigorated administration under the leadership of the new interim vice-chancellor, Justice Talukdar," said Arjun Agarwal, president of the NUJS Student Juridical Association.