Based on the recommendations of the team, the Danish government will take a decision about Davy and make necessary arrangements under the provisions of the Indian law 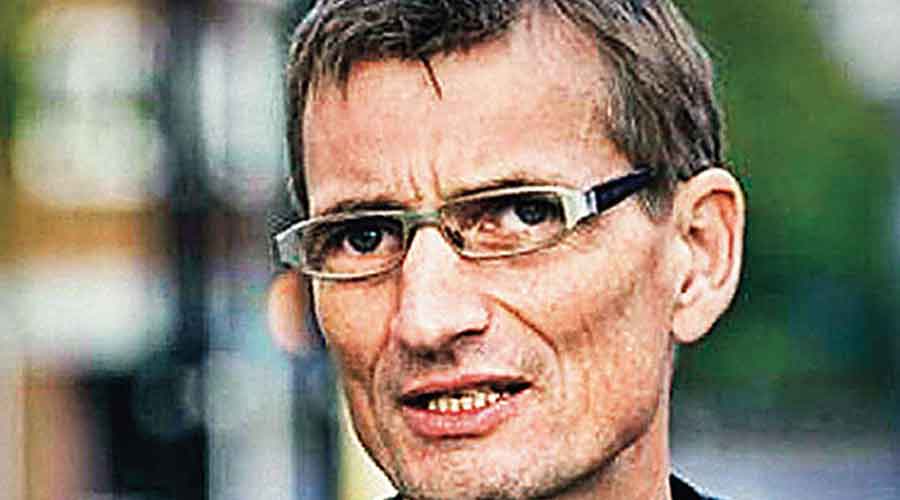 Senior officials of the home and correctional services department said on Thursday that they were yet to receive any communication from their Danish counterparts about lodging Kim Davy ahead of his extradition to India in the 1995 Purulia arms drop case.

This suggests that the key accused in the case may be offered a separate accommodation beyond correctional homes during the trial.

“By all means it appears Davy will not be lodged in any of the jails in Calcutta. There has been no communication from the Danish team as of now,” said a senior official of the home department. “The Danish government could arrange for separate infrastructure for lodging him.”

On Wednesday, a Danish team had reached Calcutta ahead of Kim’s extradition and had gone about visiting the facilities available at Bichar Bhavan and those for undertrial prisoners at correctional homes. Senior officials said the team would submit a report to the Danish government stating its observation about how undertrials were tried in Calcutta and the facilities they were offered while lodged in correctional homes.

“Based on the recommendations of the team, the Danish government will take a decision about Davy and make necessary arrangements under the provisions of the Indian law,” a senior official of the correctional services department said.

Kim Davy’s name surfaced in the controversial arms drop case following a CBI probe into the incident on the night of December 17, 1995, in Purulia. Years after Davy was released and later traced to Denmark in 2007, his book titled “They Call Me A Terrorist” contained admissions that he had dropped weapons from an aircraft bought in Latvia.

In October, Prime Minister Narendra Modi had raised the issue of Kim Davy’s extradition with his Danish counterpart Mette Frederiksen during a bilateral meeting.

Officials in the CBI said they would question Davy at length once he was extradited.