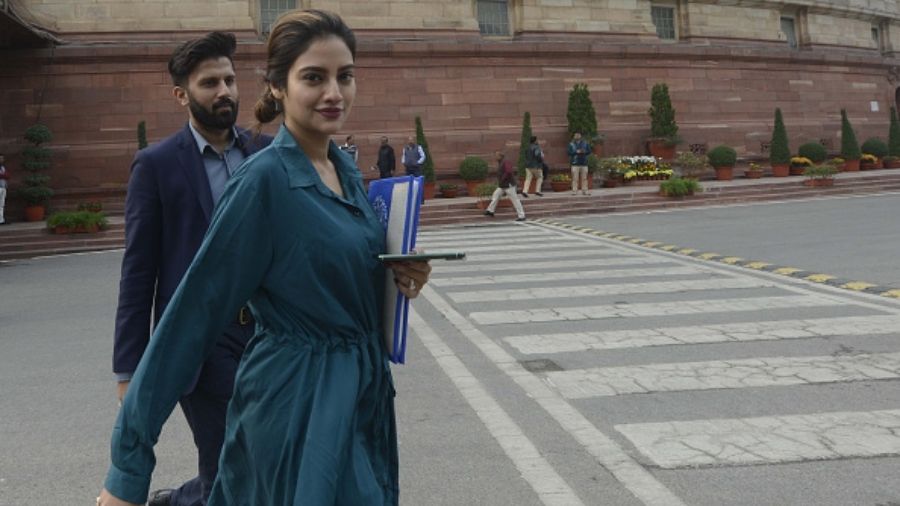 Trinamul Congress MP and actor Nusrat Jahan on Wednesday firmly shut down questions on her newborn's father and said she is responsible to her voters and "ready to face questions" coming her way.

In an interview with NDTV, the actor-turned-politician, who recently gave birth to a baby boy as a single mother, said that she will be soon back to work.

"It feels great, it's a new life. It seems like a new beginning. The spectacle of life is what...struck me and it struck me as beautiful," she told the media organisation at the launch of a salon in Calcutta on Wednesday.

"The father knows who the father is. We are having a great parenthood at the moment. Myself and Yash (Dasgupta, actor)... we are having a good time," the MP told NDTV as she tackled the questions on the baby's father, whose identity she has refused to reveal.

She added that she would be back in the Parliament Winter Session "for sure", after having missed the previous session.

"I have responsibilities that I need to cater to. I have responsibilities towards me, my family and towards people who voted for me. So I'm back to work. I am dividing my time pretty well so I balance as a mother too. I am asking people to make it a little fast as I have a little one at home waiting..." the Basirhat MP said on returning to work after just 12 days of givingbirth.

People who have known Nusrat say there were indications of a change in her for some time. Over a year, she has replaced her staff _ her driver, makeup man and hair artiste, household staff, social media team, till she replaced the man in her life, Nikhil Jain, whom she had met in 2018, the same time when her film life had hit a rough patch.

Nusrat Jahan: always in the spotlight