Class access sought for 2 accused of killing pups on campus 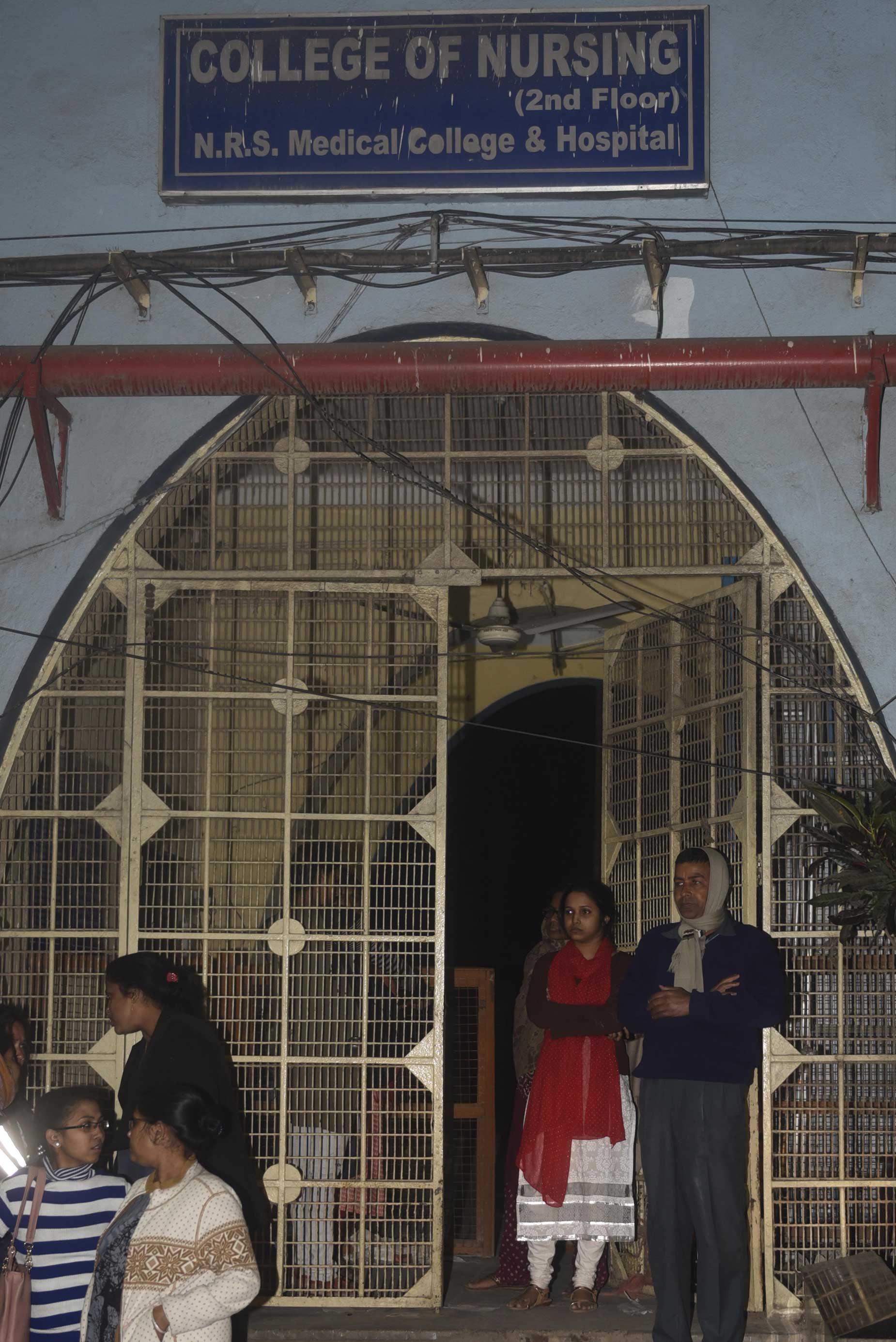 Since morning, nursing students at NRS Medical College and Hospital had been demonstrating on the campus.
Telegraph picture
Our Bureau   |   Calcutta   |   Published 17.01.19, 08:36 PM

A 100-strong group on Thursday stormed a hall at NRS hospital where the authorities were talking to students about the decision to debar two nursing students from class and their hostel in the connection with the puppy deaths.

A number of protesters thumped the police vehicle in which principal Saibal Mukherjee, superintendent Sourav Chatterjee and his deputy Dwaipayan Biswas were taken to their offices.

Nursing superintendent Manisha Ghosh was escorted to the staff quarters.

Since morning, nursing students at NRS Medical College and Hospital had been demonstrating on the campus. They demanded that Mousumi Mondal and Soma Burman, nursing students who were arrested in connection with the death of 16 puppies in the hospital compound, be allowed to attend classes.

They also pressed for a probe to find out who are responsible for the presence of so many strays on the hospital campus.

According to the police, the post-mortem report has revealed that the puppies were beaten to death. Mousumi and Soma are said to have been identified as the ones seen on a purported video clip beating a puppy to death.

“While we were entering the meeting venue, we saw eight outsiders. They identified themselves as Swasthya Bhawan representatives. They failed to produce any letter in support of their claim,” a student said.

Some of the students who attended the meeting said trouble started when one of the “eight outsiders” started talking about the development work being undertaken by the state government. “We protested saying that was not on the agenda,” a student said.

On hearing the commotion, around 100 nursing students who had gathered outside overpowered the police and entered the hall.

Deputy superintendent Biswas said: “We told them... we had sent a report to Swasthya Bhawan and the... Nursing Council and the two students had been asked to stay off the campus till the nursing council takes a decision.”