Not at war with West Bengal government: Governor Dhankhar

I have come here to serve the people, he said 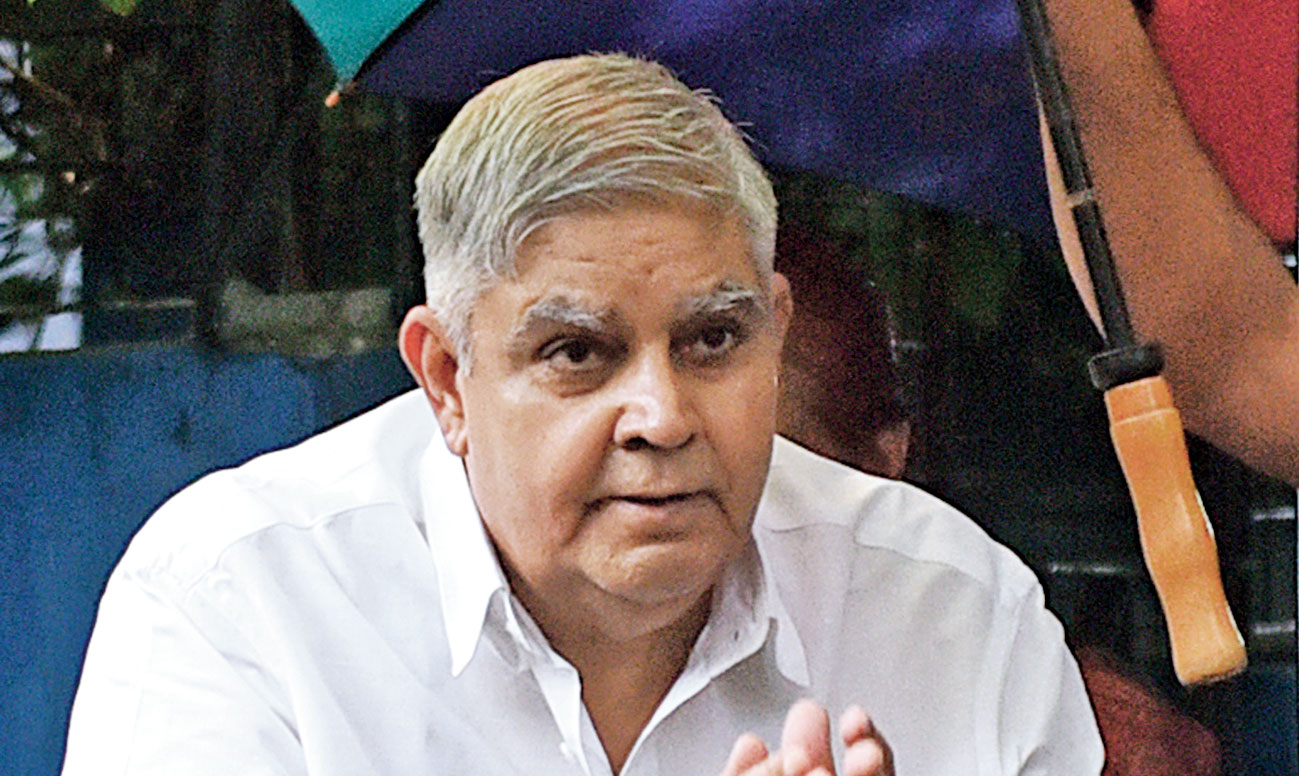 West Bengal governor Jagdeep Dhankhar on Wednesday said he is 'not at war' with the state government and that his objective is to serve the people.

Dhankhar, who has been at loggerheads with the West Bengal government over several issues, also said universities in the state are not allowed to function the way they should.

'Let me say, I am not at war with the state government. I have come here to serve the people of the state,' the governor said at an education forum organised by the Merchants' Chamber of Commerce & Industry (MCCI) in Kolkata.

Dhankar said that as a chancellor of universities, he has been witness to several developments that could grab headlines.

'If I start to narrate all of them, it will scream the newspaper headlines the next day... As chancellor, what we see is that we don't allow universities to function as they are supposed to,' he said.

'The all-pervading question which arises is who is the greater boss: the chancellor or the state?' the state governor said.

Dhankar said he has tried to ascertain the role of both the chancellor and the state government in the functioning of universities.

'What I found is that both have little roles. So in such a case, we must cooperate and not compete as to who is the bigger boss,' he said.

Dhankar also said that the 50th conference of governors will be held soon.

'I have written to the state government that if it wishes to flag any issue, I will be glad to raise it at the conference,' he said.

The 49th governors' conference was held in New Delhi in 2018.

Dhankhar has been locked in a war of words with the state government over a number of issues — ranging from his seating at the Durga Puja carnival to comments on his security — since he rushed to Jadavpur University on September 19 to 'rescue' Union minister Babul Supriyo, who had been gheraoed by a section of its students.