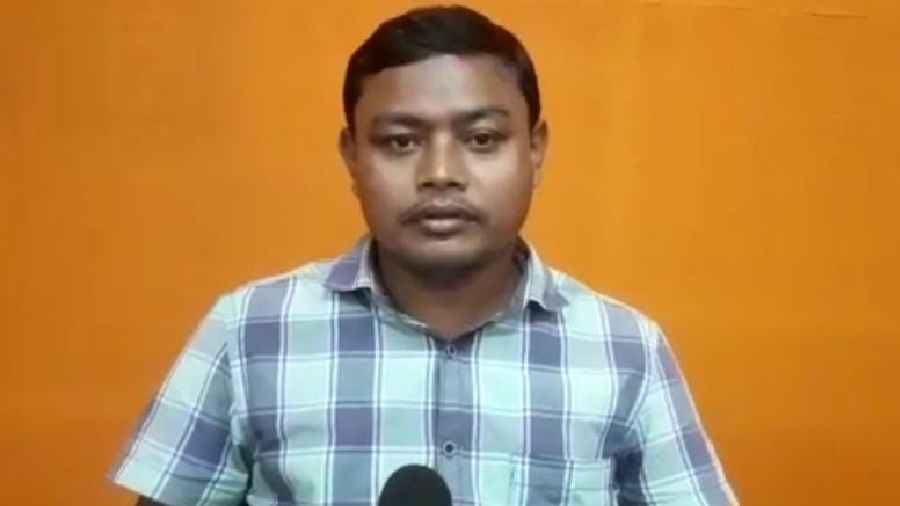 Anandamay Barman, the BJP MLA of Matigara-Naxalbari in Darjeeling district, on Wednesday called for a separate state or Union territory of north Bengal by bringing up a recent remark of chief minister Mamata Banerjee that new districts would be carved out of existing ones in the state.

“The chief minister has said she wants more districts in Bengal for better administrative control and faster development. Going by the same logic, we want a separate statehood status or Union territory for eight north Bengal districts, a region ignored for decades,” Barman, also the BJP president of Siliguri (organisational) district, told journalists during a demonstration on various issues in front of the North Bengal Medical College and Hospital here.

He also pointed out the geographical importance of north Bengal, which connects the Northeast and is surrounded by Bangladesh, Nepal, Bhutan and China.

“If required, I will raise this issue in the Assembly,” the MLA added.

Asked if the demand would create a negative impact for his party in the three-tier rural elections of Siliguri Mahakuma Parishad, Barman sounded unfazed.

“The rural polls would be held in areas in two Assembly constituencies. I am talking for people of all 54 Assembly seats of north Bengal,” he said.

Recently, two other BJP MLAs from north Bengal, Shankar Ghosh and Shikha Chatterjee, had referred to statehood for the region.

Ghosh, the BJP’s Siliguri MLA, had spoken on the issue while criticising the state government's decision to announce summer holidays in schools of north Bengal because of a heat wave in southern and central parts of the state.

Barman, while speaking at a public meeting in the presence of Union home minister Amit Shah earlier this month, had said if Ladakh gets a separate status, a similar decision can be made for this region.

Shikha Chatterjee, the BJP MLA of Dabgram-Fulbari in Jalpaiguri district that covers parts of Siliguri's civic area, had also asserted the demand at the same meeting.

“North Bengal should be governed by the people of this region,” she had said.

Ghosh, the Siliguri MLA, also recently questioned the role of former MLAs and MPs of this region.

“It is because of the silence of those who got elected from here in the yesteryears that north Bengal has had to face the apathy and the region remained backward in development parameters,” he had said.