In New Town’s master plan, a site was earmarked in the Beonta mouza in South 24-Parganas, for setting up a solid waste dumping ground 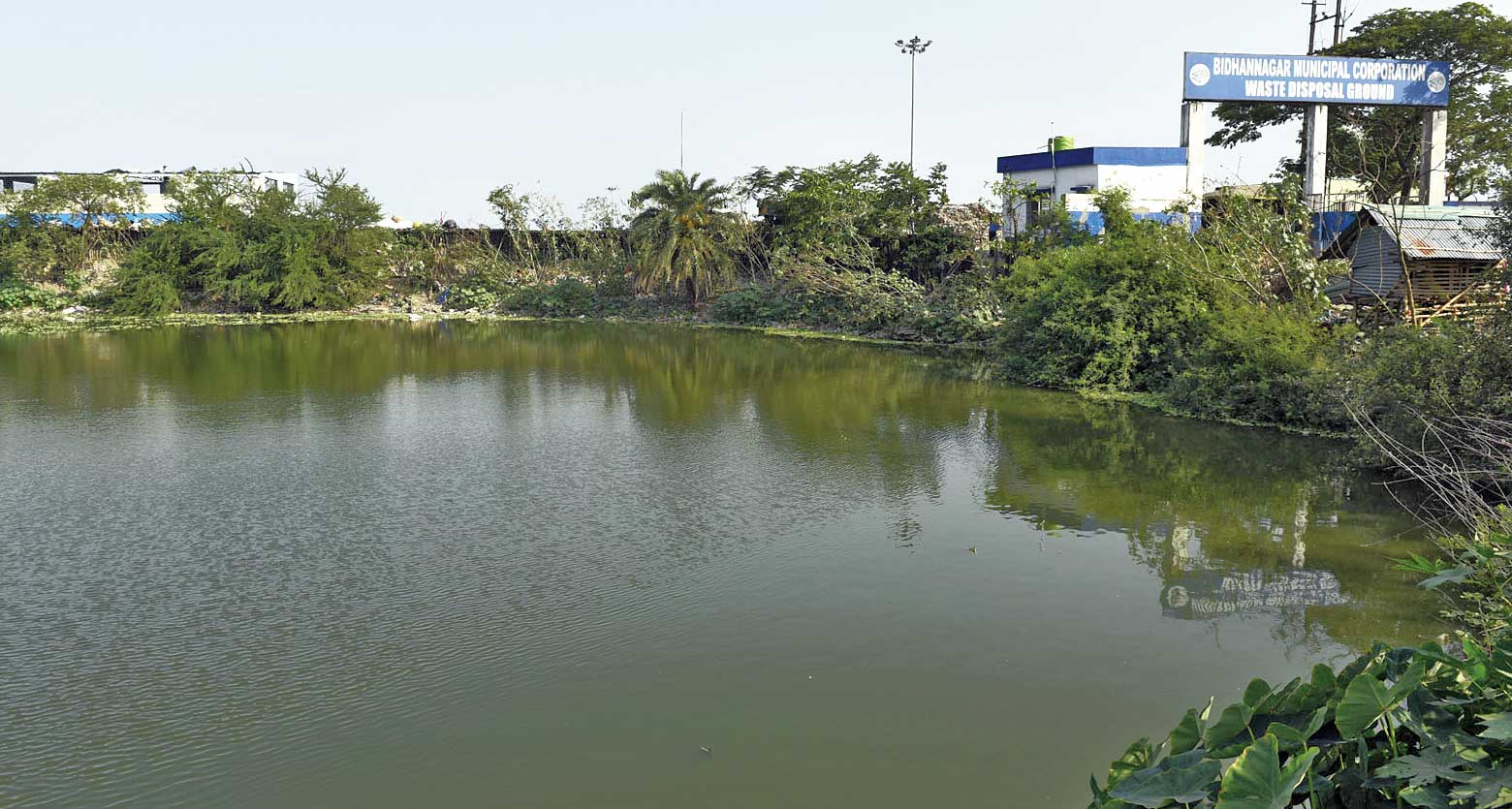 The New Town authorities are looking for a plot to set up a second dumping ground because the existing site — Mollar Bheri behind Sector V — has saturated.

Waste from New Town, Rajarhat and Salt Lake is dumped at Mollar Bheri.

“Around 250 metric tonnes of solid waste is dumped every day at the site. The trash is on the verge of spilling over on the adjoining East Calcutta Wetlands,” said an official at Hidco, the government agency that runs the civic amenities of New Town.

In New Town’s master plan, a site was earmarked in the Beonta mouza in South 24-Parganas, along the Basanti highway, for setting up a solid waste dumping ground.

“The area is within the East Kolkata Wetlands and so, cannot be used for dumping waste,” the official said.

Debashis Sen, chairman-cum-managing director of Hidco, said: “We are trying to earmark a sustainable landfill site where we can set up a modern garbage dumping ground.”

Till the new site is ready, the authorities have decided to use a 20-acre plot in Patharghata, behind the Bagjola canal, as a solid waste dumping ground.

The wetlands, called the kidneys of Calcutta, comprise around 65 water bodies which play a pivotal role in drainage, auto-filtration of effluent released from adjacent urban areas as well as recharging of groundwater.

An order of Calcutta High Court prevents any activity in the wetlands that can alter the character of the sprawl.

Sen said that apart from looking for a new site, the authorities had decided to introduce waste segregation at source and were aiming to achieve a zero-waste economy.

Hidco recently organised a workshop in New Town where residents were asked to keep two dustbins at home — one for dry waste and the other for wet waste.

“Dry waste will be collected on Tuesdays and Saturdays. We shall send separate garbage collectors on these days for wet and dry waste. That will prevent mixing,” Sen said.

The wet waste will be sent to Mollar Bheri, where it will be treated by a composting plant that is expected to arrive soon. The compost will be put to various use at Eco Park, Eco Urban Village and other parks and gardens in the township.

The dry waste will be sent to the 20-acre plot in Patharghata. “The items to be sent there may not be of any use to households but they have resale value. Paper, metal, plastic etc will be auctioned to recyclers. E-waste will be sold to e-waste vendors,” another Hidco official said.

The East Calcutta Wetlands are of “immense importance” to the city, a Calcutta Municipal Corporation engineer said. The wetlands save the government crores of rupees as more than half of Calcutta’s effluent is drained into them and is naturally recycled by them.