Advertisement
Home / West-bengal / A zoo in our midst

A zoo in our midst 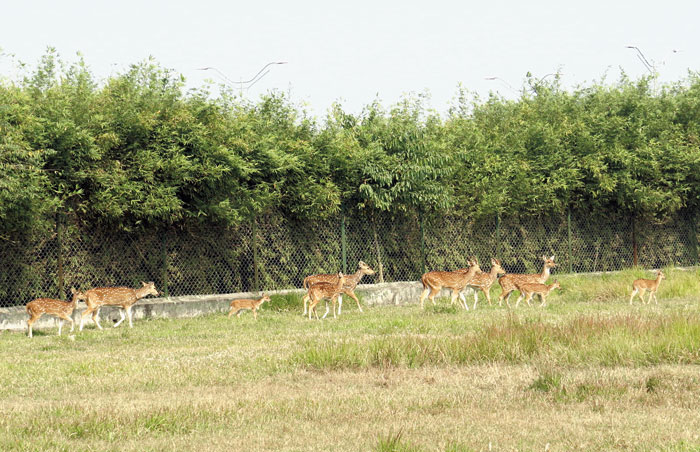 Harinalaya, the deer park opposite gate 6 of Eco Park, will have many more attractions with the Central Zoo Authority (CZA) approving a master layout plan for a mini zoo there. 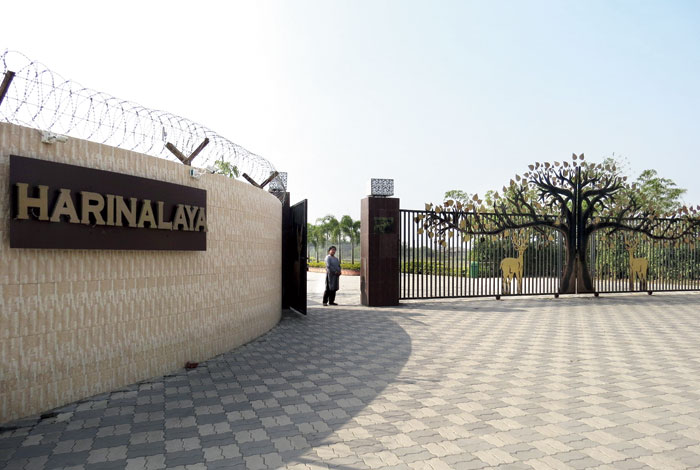 The entrance to the deer park
Sudeshna Banerjee

There are also plans for a flying bird aviary for Indian and exotic birds along with a pheasantry for peacock, jungle fowl, kaleej pheasants and other exotic species like golden pheasants, silver pheasants etc, he said. A pheasantry is a facility used for captive breeding and rearing of pheasants, peafowls and other related birds, which may or may not be confined with enclosures as in aviaries. 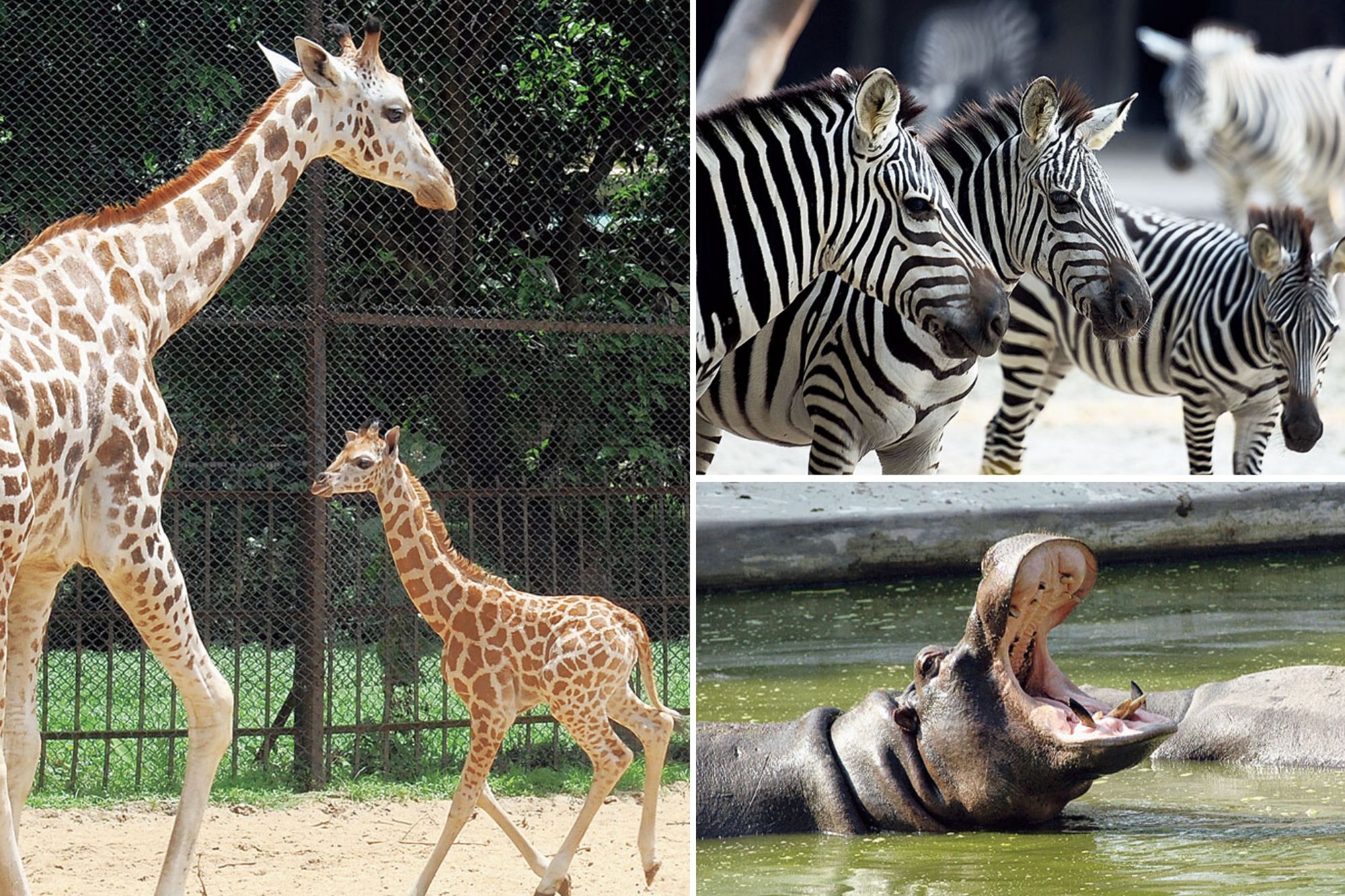 “We want to add to the attractions of New Town. So many people come to Eco Park but most of them don’t know about the deer park. Unless we offer variety in animals, they will not come here,” said Yadav.

The state zoo authority is now preparing a detailed project report to develop designs for their enclosures which will be sent to the CZA for approval by March. “We plan to start work in the next financial year,” Yadav added.

The deer park now houses nine barking deer, including a fawn born a couple of months ago, and 17 spotted deer. They are kept in two separate enclosures. There are plans to bring in a few blackbucks, sambars, nilgai and four-horned antelopes too, he said.

Giraffes are breeding well at Alipore zoo as are zebras and marshy crocodiles. So they are likely to be sourced from there. Talks are on with other zoos outside Bengal for hippopotamus. 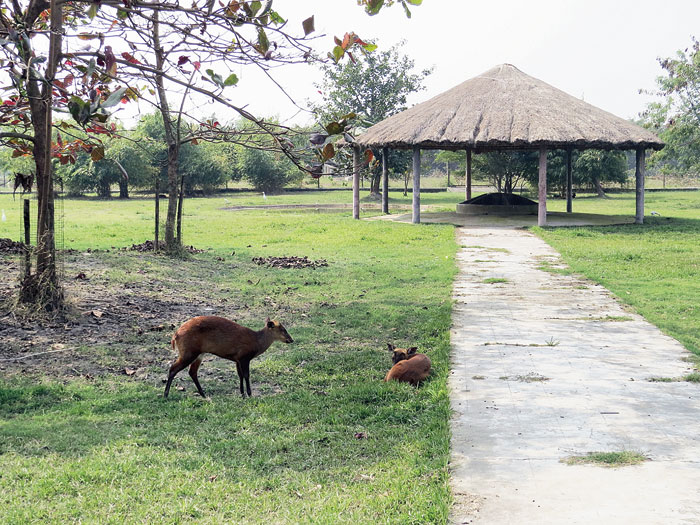 Barking deer in an enclosure at Harinalaya
Sudeshna Banerjee

“We are focusing on exotic animals to attract the crowd,” said Yadav.

A waterbody will be dug in the park to lodge the crocodile. “Our survey reveals that they are very popular with visitors,” he pointed out.

The bill to convert the deer park into a mini zoo is estimated to come to less than Rs 10 crore. “Since Hidco will not pitch in, we will have to secure the funds ourselves. Our minister Rajib Banerjee is enthusiastic about the project,” Yadav said. 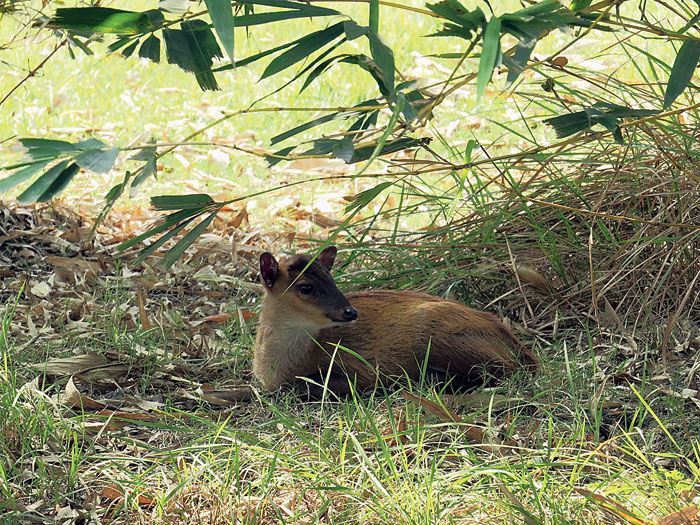 While Hidco is the custodian of the land, the forest department has operational control of the park ever since it was inaugurated by chief minister Mamata Banerjee on February 26, 2016. Opening the deer park was the chief minister’s idea, officials point out. The first lot of deer were brought from Taratala after the CZA revoked the licence of the Taratala Nature Park.

The park was handed over to the West Bengal Zoo Authority on August 1, 2017 by the West Bengal Forest Development Corporation. “We got approval from the CZA to set up a mini zoo here in May 2018,” said Biswanath Sengupta, range officer, Harinalaya.

The area was surveyed, keeping in mind how much space each animal would require, and a proposal was sent to the CZA regarding the mini zoo’s infrastructure in end-2018. That has now been approved, he added. 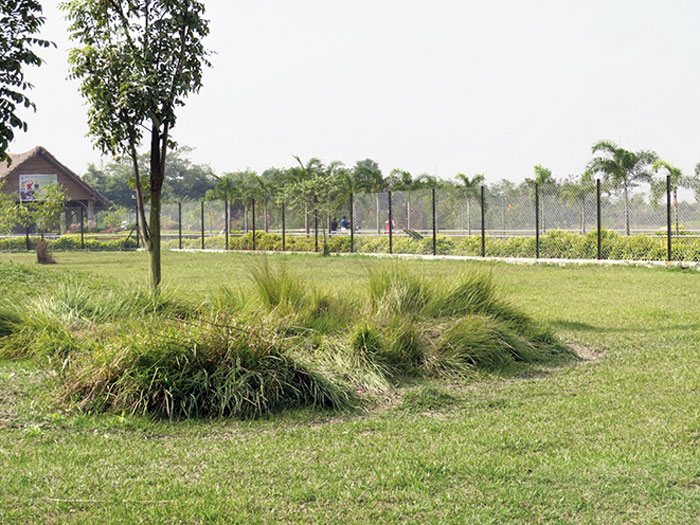 About 35 spotted deer were shifted to north Bengal six months ago to make space for the new animals to come in.

The park, spread over 10 acres, is divided into four enclosures. “We practise rotational grazing, moving the deer from one enclosure to another every month and half so the grass and the trees can grow back,” Sengupta said. Trees from the Tall Tree Nursery have been planted in what was barren land four years back.

The state zoo authority is keen to acquire more land for the zoo. But that seems unlikely. The park is flanked by the All India Football Federation’s upcoming National Centre of Excellence on one side and land designated for Bengal Silicon Valley on another, a Hidco official pointed out.

No spotted deer please, rhinos will do

Home away from home for anacondas in the Alipore Zoo