Highway to Nathu-la to be completed in 2024 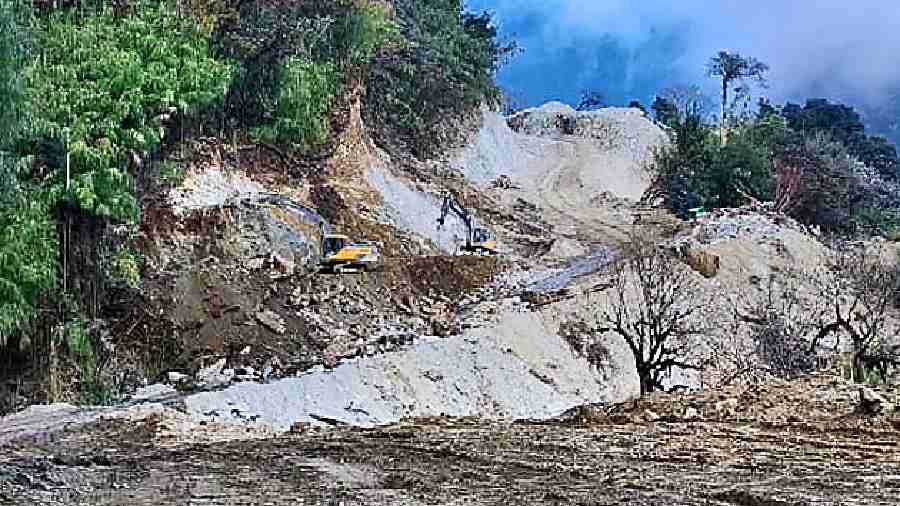 Nathu-la, situated at an altitude of 14,000ft on the India-China border in Sikkim, will soon be connected by an alternative highway from Bengal providing a major infrastructure fillip to the military establishment and tourism.

The Rs 4,000 crore project assumes great significance as Doklam, the “epicentre” of the stand-off between China and India in 2017, is only about 25km south of Nathu-la.

“Work on NH717A and NH717 B has started and we expect the project to be completed by 2024-25,” said a source in the National Highways and Infrastructure Development Corporation Ltd (NHIDCL) that is implementing the project.

The NH717A of more than 140 kilometres will start from Bagrakote in Jalpaiguri district and end at Ranipool after passing through Kalimpong district. Bagrakote is about 30km from Siliguri and Ranipool 11km below Gangtok.

“However, from the Reshi-Rhencok area along the Kalimpong-Sikkim border, NH717B will branch off north towards Menla in north Sikkim,” said a source.

Menla will touch the existing NH310 that connects Ranipool to Nathu-la. The distance between Bagrakote and Rishi is 96.2km and Rishi and Menla 94.6km.

“From Menla, it is a half-an-hour drive to Nathu-la,” said a source.

At the moment, one needs to take NH10 to reach Ranipool from Siliguri and then hit NH310 to go to Nathu-la.

NH10 is frequently hit by landslides and is in a deplorable condition. While the average width of NH10 ranges from 5.5 metres to seven metres, NH717A and 717B will be 12-metre wide.

“An alternative highway to the border point has great military significance but these roads will also open up the unexplored region of Sikkim. Tourism in both Bengal and Sikkim will also receive a major fillip,” said a source.

Defence establishments dot the Dooars where Bagrakote is situated.

“Two highways from different areas to Nathu-la have great military significance. Survey for the two highways had started in 2018-19 soon after the Doklam stand-off,” said a source.

The highways are also expected to boost the local economy. Areas like Chukim, Nimbong, Kafer, Algarah and Pedong in Kalimpong district will be connected by NH717A.

“One can expect tourism to flourish in this region,” observed a local resident.