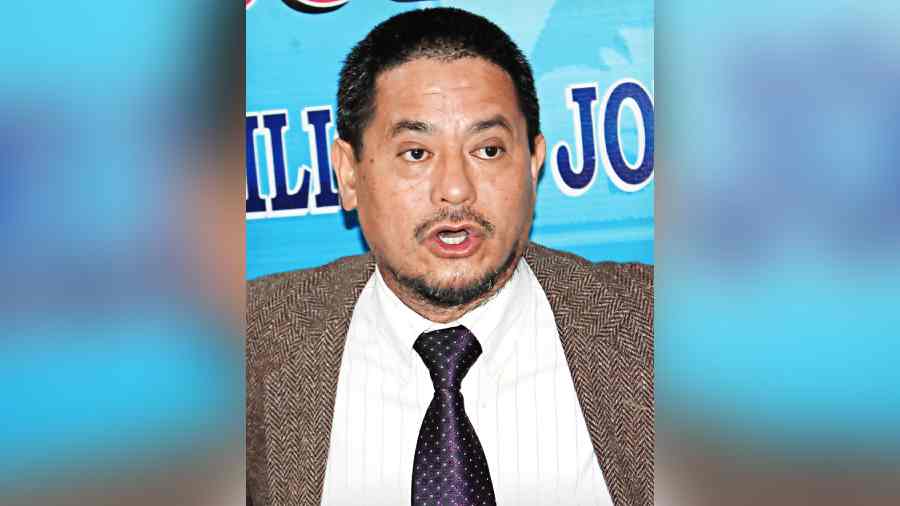 Elections to the Gorkhaland Territorial Administration (GTA) Sabha were held on Sunday but a new political party is in the offing in Darjeeling hills to press for the separate state of Gorkhaland.

Mahendra P. Lama, founding vice-chancellor of Sikkim University, along with other leaders who were formerly with Bimal Gurung’s Gorkha Janmukti Morcha and then with the BJP such as Swaraj Thapa and Raju Pradhan have decided to convert their “apolitical” Citizens’ Forum into a political party.

“The process to convert Citizens’ Forum into a political party has started,” said Lama. The forum too had been formed only a few months ago.

The primary aim of the yet-to-be-named party would be to press for a separate state of Gorkhaland.

“To take forward the demand of the Gorkhaland in an effective manner with the government and to its conclusion, we need a political party,” said Lama, hinting that the present set of hill leadership wasn't strongly raising the statehood issue.

Lama had contested the 2014 Lok Sabha seat as an Independent candidate from Darjeeling and bagged 55,767 votes coming fifth.

The 2014 elections were won by BJP leader S.S. Ahluwalia from Darjeeling who had bagged 4.8 lakh votes. The BJP candidate had been backed by Gurung’s Morcha.

Lama, however, is looking for a new innings.

“We will adopt a zero-enemy and no-violence policy to pursue our demand,” said Lama.

Team members of the to-be-launchedparty have decided to fan out across Darjeeling hills, the Dooars and Terai to build up a strong network before launching the new outfit.

The new party would be the fourth regional party to be launched in Darjeeling in less than a year.

Hamro Party and the BGPM emerged as the strongest forces in the civic elections and are expected to do well in the GTA polls too.

The other party, Bharatiya Gorkha Suraksha Parisang (BGSP), which was formed on April 24, however, is in disarray after many of its founder members resigned in the run-up to the GTA polls.

This was because one of their main leaders S.P. Sharma, who was earlier against the GTA elections,

met BGPM’s Anit Thapa and addressed his election campaign, too.