The SMC provided 11 two-wheelers to the cops 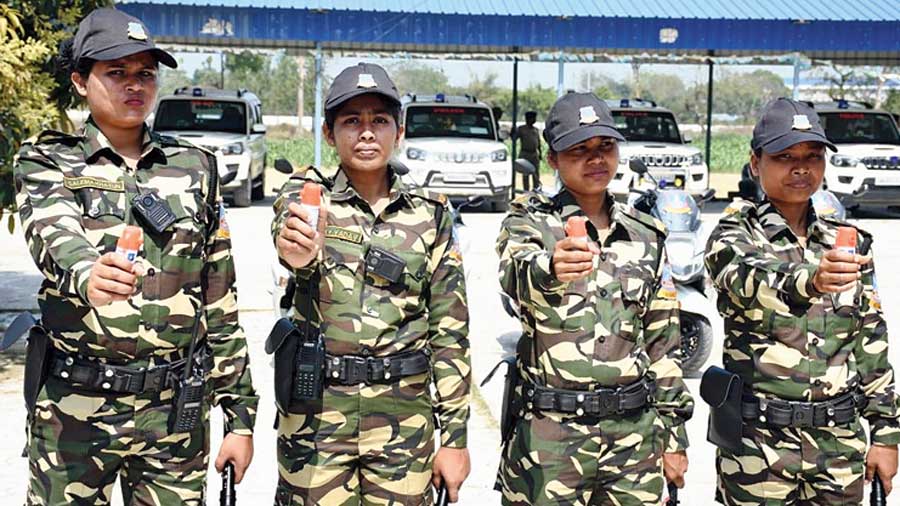 The squad, which will be engaged in patrolling, will move in two-member groups on two-wheelers to curb crimes against women.
File Picture
Our Correspondent   |   Siliguri   |   Published 13.10.21, 12:36 AM

A new mobile women police squad was launched by Siliguri Metropolitan Police in association with the Siliguri Municipal Corporation here on Tuesday.

The squad, which will be engaged in patrolling, will move in two-member groups on two-wheelers to curb crimes against women.

“We want to enhance women’s safety in and around Siliguri. That is why the squad has been launched. All members of the squad are combat trained and will carry sophisticated equipment of communication, body cameras and some other gadgets to ensure that they do not face any problem in discharging their duties,” said Gaurav Sharma, the commissioner of police.

The SMC provided 11 two-wheelers to the police.

“We had approached the chairman of the board of administrators at the SMC and he readily agreed to provide this help to us. It is because of this help that we could launch the squad so early. The squad members will patrol the city, especially during festive days,” added Sharma.

Gautam Deb, the chairman of the board of administrators at the SMC, said such a squad was necessary for the city.

Every day, millions of people visit Siliguri on different errands, along with tourists.

“Also, during Durga Puja and Kali Puja, we find lakhs of people visiting the city from neighbouring districts and states. This squad would be effective to prevent crimes against women,” said Deb.