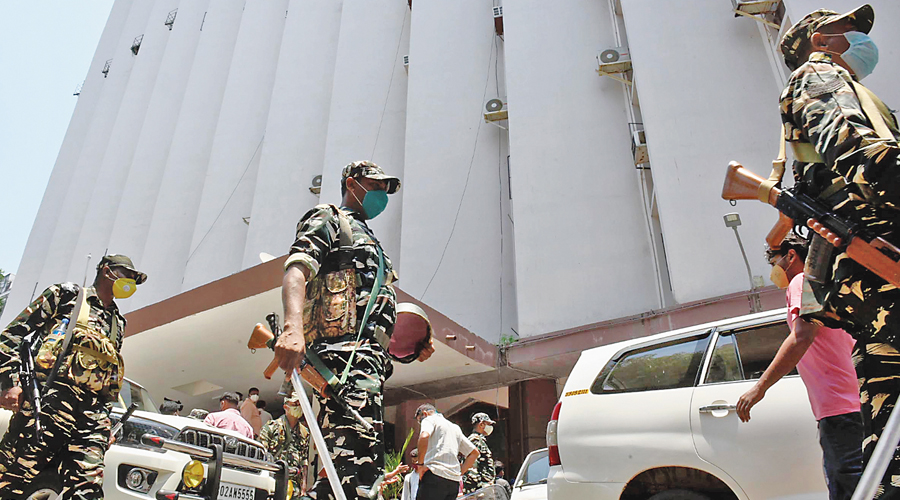 The recent Assembly polls could not bring non-BJP parties in Bengal on the same page, but the CBI’s arrest of three Trinamul leaders — including two state ministers — and a former Calcutta mayor on Monday could do that.

The arrests of these leaders in the Narada case found unequivocal condemnation from the CPM and the Congress, both arch-rivals of Bengal’s ruling party.

Congress MP Chowdhury was the first to come out with a statement. He questioned the timing of the arrest and said the development shouldn’t have come at a time when the pandemic was taking lives and people were begging for treatment and oxygen.

“In the wake of the coronavirus (pandemic), these arrests (were done). They could’ve been arrested two days earlier or two days later,” Chowdhury said. He added that the CBI shouldn’t behave in a partisan manner by arresting some and sparing other accused in the same case.

CPM veteran Bose in his statement issued on behalf of the Left Front said: “When the people of the country are facing unprecedented crisis of life and livelihood amidst the coronavirus pandemic, the (union) government is trying to hide its incompetence by shifting people’s focus (to these arrests)…this is why this time has been selected.”

He also criticised the contradictory stands taken by the Speaker of the Lok Sabha and the Bengal governor on the same issue to allow the arrests of public representatives, who are accused in the case.

While the governor has allowed the arrest of the then state ministers, who are accused in the case, the Lok Sabha Speaker has been sitting on CBI’s plea to arrest those who were MPs at the time when the sting operation was carried out.

“The Union government has a two-faced policy…CBI has to answer why people accused in the same case but are now BJP leaders have not been arrested,” the statement issued by Bose read.

CPM state secretary Surya Kanta Mishra also issued a statement on behalf of the party condemning the arrests and questioning its timing.

Acknowledging the fact that the people of Bengal had voted against the BJP in the recent polls, Bose, however, reminded the Trinamul leadership that it should not compromise with “corruption” any further.

The statements from the Left and the Congress have taken Trinamul leaders by surprise as well. However, they have appreciated the gestures from their rivals.

“We were taken by surprise after we received such statements from people who had badmouthed us during the polls. It is good that they’ve finally realised that a united stand against the BJP must be taken,” a Trinamul leader said on condition of anonymity.

A section of the BJP has also questioned the arrests.

“What end did all these arrests serve? Our workers who are already being tortured by the Trinamul goons at villages will now be susceptible to more violence. Doesn’t our central leadership understand this?” a state BJP leader asked.

The leader also added the arrests might have been done to send a message to other Trinamul turncoats, who had joined the BJP before the polls and were now considering returning to their former party.