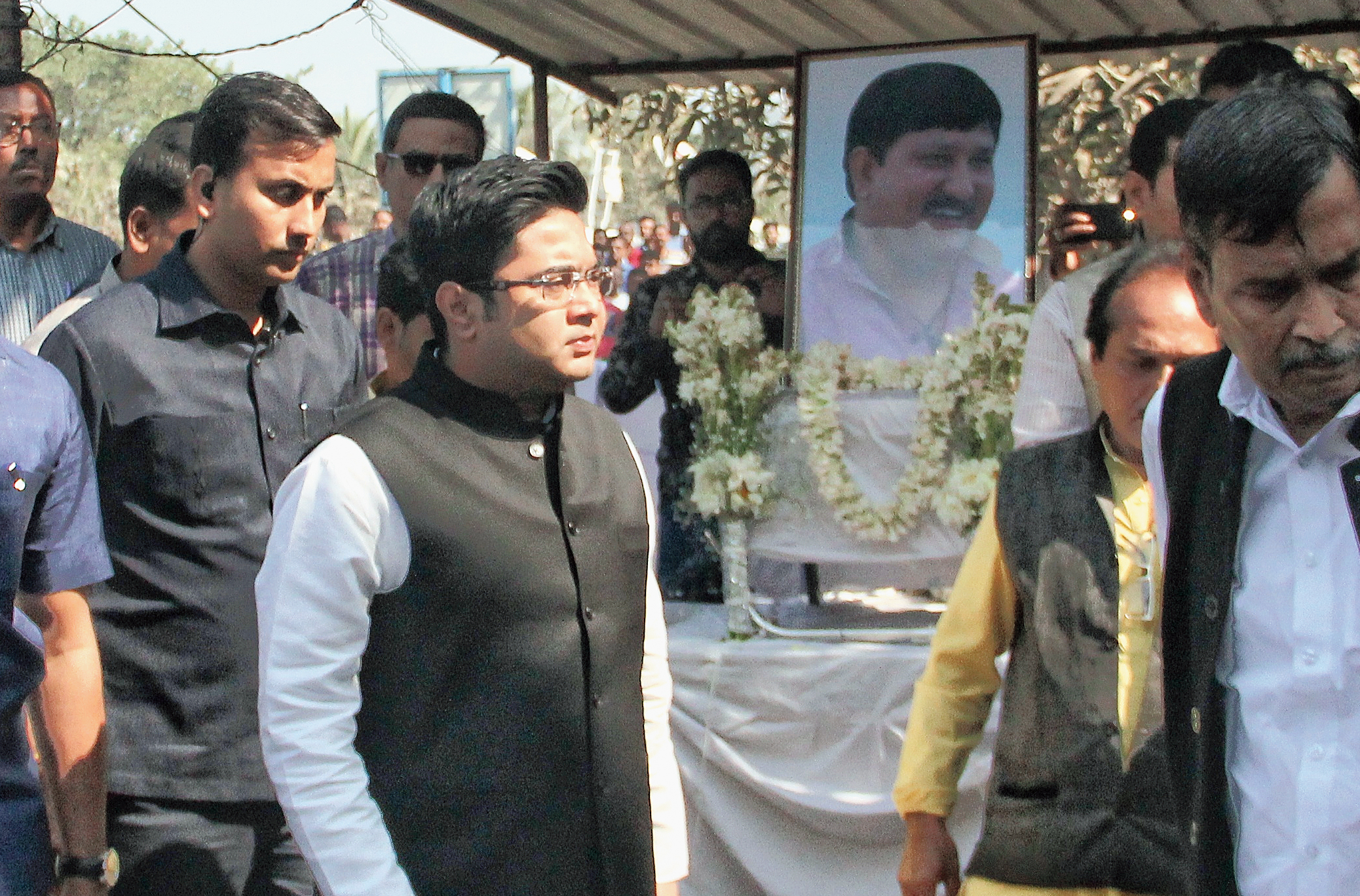 Police have questioned 12 villagers who were present when Trinamul’s Krishnaganj MLA Satyajit Biswas was gunned down at Phulbari in Hanshkhali on Saturday night.

But sources said the interrogation failed to throw light on the incident as the statements were inconsistent.

“There are several inconsistencies in their statements. None of them could exactly describe the murder,” said a senior police officer.

“Not one of them has seen who actually shot the MLA. Even the complainant’s account could not help us. Our prime objective is to find Abhijit Punduri, who was seen fleeing after the murder, to ascertain his involvement and the possible motive,” he added.

The district police set up three separate investigating teams, which have started raiding possible hideouts of Punduri and another absconding person.

Punduri had allegedly fired at the MLA.

Meanwhile, sub-inspector Tapas Ghosh, the investigating officer of the murder case, was given charge of the Hanshkhali police station.

The Diamond Harbour MP alleged that Punduri was an RSS activist.

“The murder of Satyajit Biswas was meticulously planned by the BJP. We have identified the killers, who are all BJP activists. We will ensure their punishment,” said chief minister Mamata Banerjee’s nephew.

In the afternoon, Trinamul workers and Matua community members blocked trains at many places to protest the murder. Biswas belonged to the Matua community.

The agitators squatted on tracks at Titagarh and Kanchrapara on the Sealdah-Ranaghat section and Birati and Bongaon on the Barasat-Hasnabad section. They also demonstrated at Dum Dum Junction and Dum Dum Cantonment stations. The protests later spread to Hridaypur, Ashoknagar and Barasat in North 24-Parganas.

The protests were withdrawn by 5.30pm.