Advertisement
Home / West-bengal / Mamata to adivasis: Be with my govt

Mamata to adivasis: Be with my govt 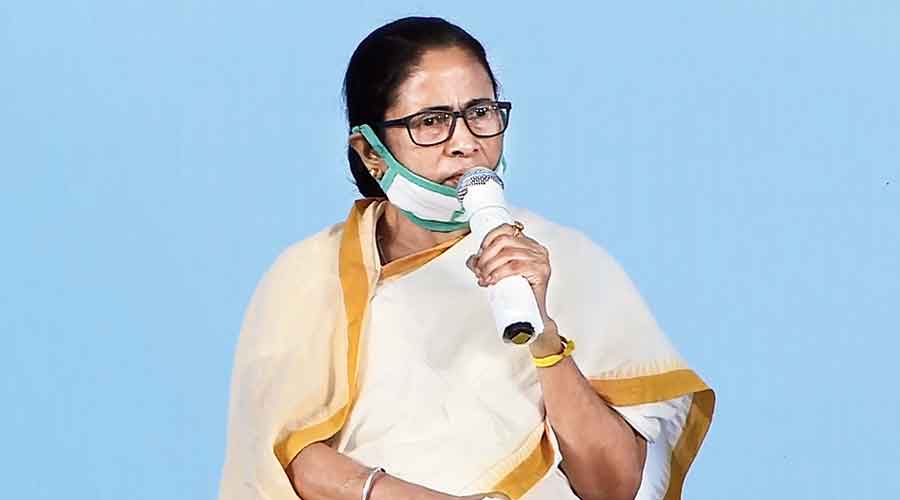 A screenshot of Mamata’s review meeting in Jhargram
Sourced by The Telegraph
Snehamoy Chakraborty, Anshuman Phadikar   |   Jhargram(WestMidnapore)   |   Published 08.10.20, 02:51 AM

Mamata Banerjee on Wednesday told adivasis to ask her for anything they needed but urged them not to misunderstand her or the state government.

The Bengal chief minister’s plea is deemed significant because of the BJP’s spectacular performance in the tribal-dominated Lok Sabha seats in Bengal last year.

“You people take the side of various organisations during elections. You may do that, as it is your freedom. But there is no work that you proposed has been left undone by me…. My only request to you is, please be with us. Be with our government, that of ma-mati-manush,”

Mamata said at an administrative review meeting of the adivasi-dominated Jhargram district in the Jungle Mahal.

She asked chief secretary Alapan Bandyopadhyay to look into a slew of demands for roads and schools placed by the Bharat Jakat Majhi Pargana Mahal — a tribal outfit — at the meeting.

With months left before the perform-or-perish Bengal Assembly polls, the chief minister also urged other communities to turn away from the BJP while specifically mentioning Dalits in the wake of the Hathras incident.

“I would also like to request the people of Mahato and other (Dalit and tribal) communities, including Lodha, Sabar, Toto… to understand that I see all of you as human beings. Today, Dalits are tortured the most (in BJP-ruled states), along with adivasis and other common people,” said the Trinamul Congress chief.

Sources said the shock defeat of Trinamul in Jhargram, one of the five Lok Sabha seats won by the BJP in the Jungle Mahal, was the result of the split in tribal votes.

“There is a significant presence of the Mahato community (in all four Jungle Mahal districts), which felt deprived when Birbaha Soren was made the candidate for Jhargram…. The chief minister today (Wednesday) tried addressing all the communities here,” said a Trinamul leader in Jhargram.

At the meeting, Mamata kept urging various sections of the society to state their demands.

“Please tell us your demands. But please don’t misunderstand,” she said.

“I will fulfil your demands according to the availability of funds, or I will do it when the funds will be available,” Mamata added, accusing the Centre of taking away money in the form of GST and other taxes from Bengal and yet refusing to compensate the state.

The chief minister instructed police to ensure that the hard-earned peace remained in the Jungle Mahal, which was once the hotbed of Left extremism.

Asking director-general of state police Virendra to put various security agencies on alert for intelligence-gathering, she said there should be no compromise on such matters. “Some people belonging to a certain political party had visited the Jungle Mahal, along with Maoist veterans, looking to foment trouble…. It is your (the police administration’s) responsibility to ensure nobody is able to cause trouble again,” she said.

“Always looking to generate problems in Bengal by abusing their bottomless money power… the police administration has to be more active,” she said to Virendra.

The chief minister also stressed the need for keeping tabs on outsiders and cash flow in the run-up to the elections.

“I am giving you the information. They are from a certain political party…. I will not tolerate disruption of peace once it has been so painstakingly restored,” she said.

Mamata asked Jhargram district magistrate Ayesha Rani to meet the Lodha and Sabar communities and visit their villages regularly and ordered the opening of a branch office of the Kurmi Development Board, headquartered in Purulia.

She agreed to set up a museum for handicraft made by tribal people in Jhargram, in accordance with a proposal from Trinamul leader Birbaha Soren, who had unsuccessfully contested the general election in the constituency.