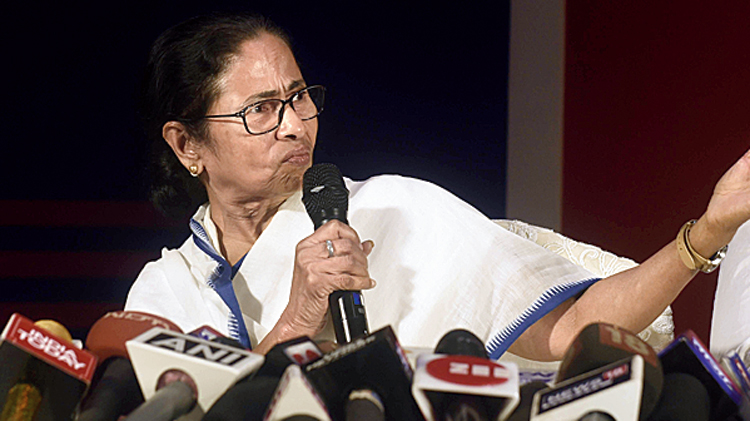 A wedding with a “bandwalah but no bride or groom” — that is how chief minister Mamata Banerjee described Prime Minister Narendra Modi’s inauguration of Calcutta High Court’s Jalpaiguri circuit bench on Friday, barely an hour after the event.

“Maddybabu (Modi) did not inform any high court judge or the state. He just sent a minute-by-minute programme that he would do it…the elections are approaching…. a great shame,” the chief minister said in Calcutta.

The Trinamul chief said the state had spent over “Rs 300 crore” for the bench. “We had given the land….The Calcutta High Court chief justice had given the inauguration date four months ago. Only a central notification was pending. Sadly, we couldn’t inaugurate it in August. Suddenly, the Centre decided to inaugurate it overnight.”

Mamata said she would write to the Supreme Court on the “unilateral” move. “It was a wedding with the bandwalah, but no bride or groom.”

At the Maynaguri rally from where he launched the bench by pressing a button, Modi claimed the Centre had sanctioned it “13-14 years ago”. Mamata termed it “half-truths and lies”. “Before polls, he is a chaiwalah (tea boy) and after elections, he is Rafale-walah.”