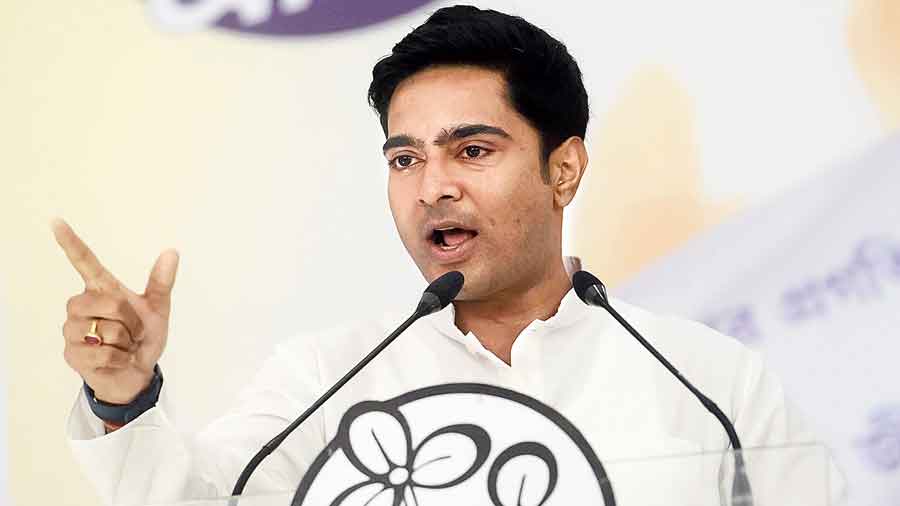 The statement came within hours of the Enforcement Directorate summoning her nephew and national general secretary of Trinamul Abhishek Banerjee and his wife Rujira in connection with a money laundering case involving a coal scam in the state.

“You want to catch only Trinamul (leaders) in cases related to coal scam.... But don’t forget that coal is not the responsibility of Trinamul at all. The responsibility of coal belongs to central government forces, like CISF. Remember it is not a matter of state. What was your CISF doing? I can tell you the names of a dozen BJP leaders who looted the Asansol area,” said Mamata.

“Do you think that forcing someone to name someone will prove guilt? That will not happen, Amit Shah (Union home minister),” Mamata said in her virtual address on Saturday on the occasion of foundation day of Trinamul’s students’ wing in Calcutta.

Then, she asked the BJP to fight Abhishek “politically.”

“Remember Amit Shah, all of your leaders or ministers who came during the election (campaign) stayed at hotels of coal mafias from Asansol. I have all the proofs,” thundered Mamata.

Sources in Trinamul said Abhishek and his wife were unlikely to respond to the summons. While Abhishek has been summoned on September 6, Rujira has been asked to appear for questioning on September 1.

Unlike the CBI, which had questioned Rujira at her Calcutta residence in February, the ED has summoned Abhishek and his wife to appear at its New Delhi office.

The CBI has drawn up an FIR against Anup Majhi, three senior officials of the Eastern Coalfield Limited (ECL) and with a few others for allegedly extracting coal from the mines in parts of Asansol and Ranigunge.