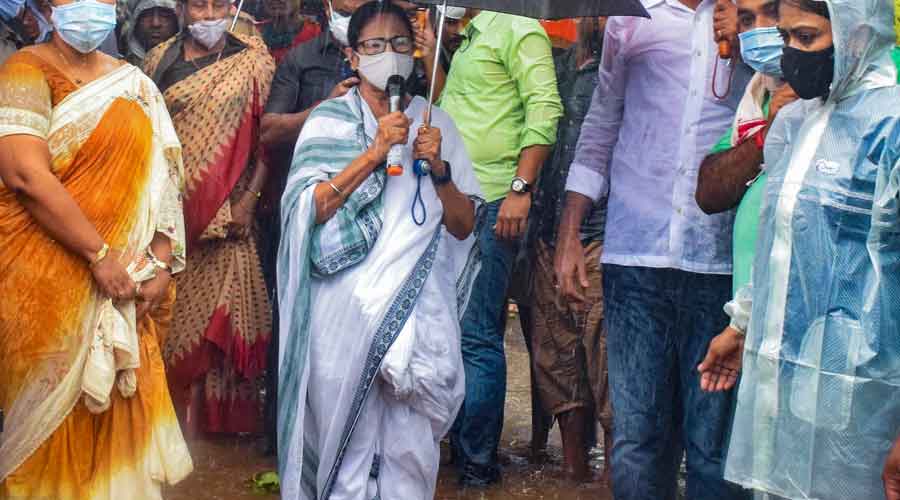 West Bengal Chief Minister Mamata Banerjee on Monday conducted an aerial survey of flood-hit areas of Udaynarayanpur in Howrah district on her way to Jhargram, an official said at the state secretariat.

Banerjee, the official said, is “very much unhappy” over Damodar Valley Corporation releasing “excessive water” leading to the flood situation. She is likely to conduct an aerial survey of the flood-hit areas of Ghatal in Paschim Medinipur district on Tuesday, they said.

At least 23 persons have lost their lives and several lakh people have been displaced in seven districts of Bengal in the flood which Banerjee has described as “man-made”.

She has held DVC responsible for releasing “excessive water” from its dams leading to the situation.

She visited flood-affected Amta and her plan to go to nearby Udaynarayanpur had to be dropped due to heavy rains.

She had written to Prime Minister Narendra Modi alleging “man-made flood” by Damodar Valley Corporation. The prime minister had assured her central help.