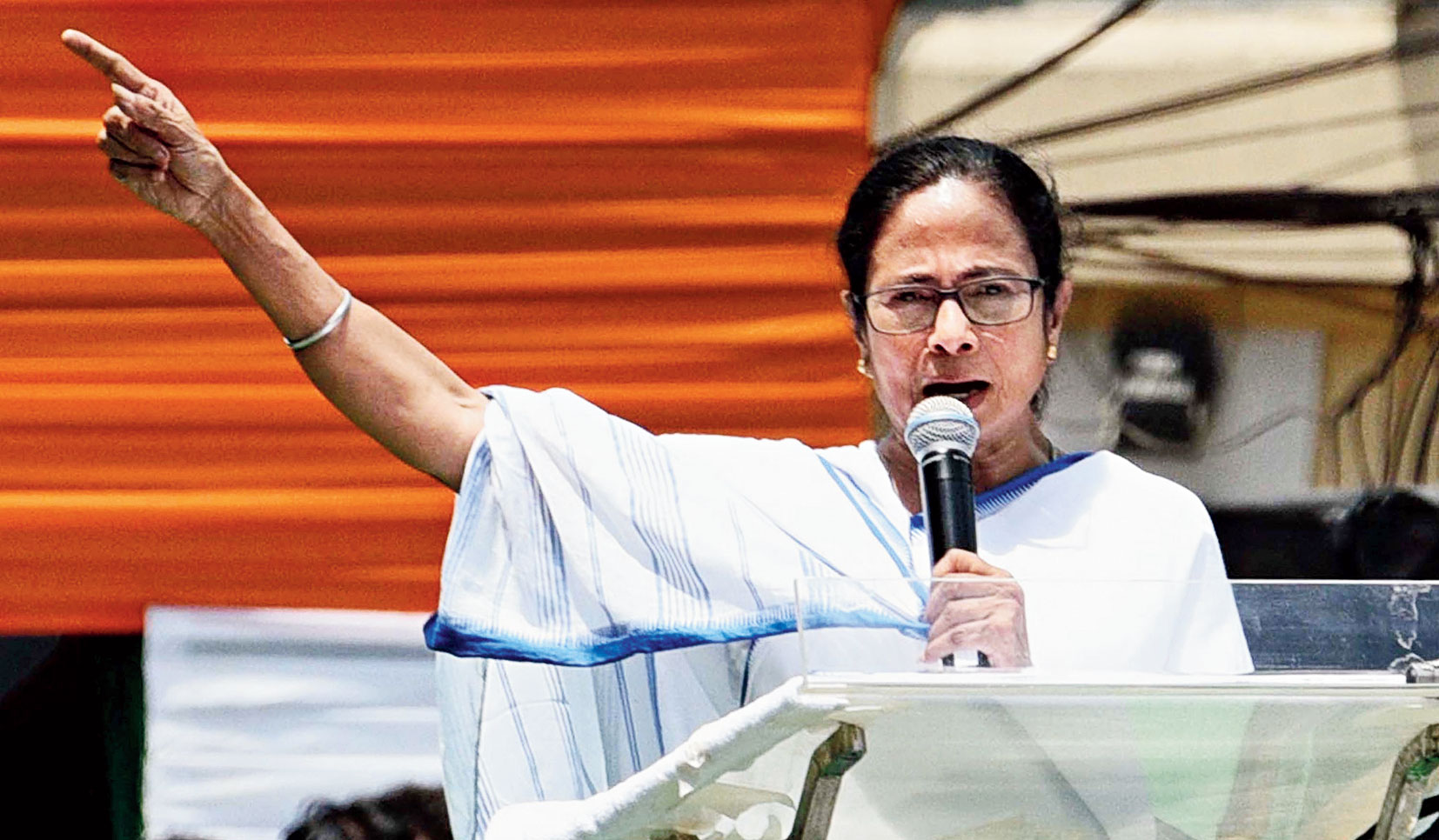 Chief minister Mamata Banerjee has held the Narendra Modi government responsible for the killings of five Murshidabad labourers, pointing out that “there are no political activities in Kashmir and the entire law and order is with the Government of India”.

“Presently there are no political activities in Kashmir and entire law and order is with the Government of India,” Mamata tweeted on Wednesday.

The allusion was to the Centre’s abrogation of the state’s special status. “In a most unfortunate incident in Kashmir yesterday, five innocent labourers were brutally killed in a pre planned manner. We are shocked and deeply saddened at the brutal killings. Words will not take away the grief of the families of the deceased. All help will be extended to the families in this tragic situation,” Mamata added.

Announcing a compensation of Rs 5 lakh each for the families of the slain labourers, Mamata demanded a “strong investigation so that the real truth comes out”. “We are deputing Shri Sanjay Singh ADG South Bengal to find out details from them.”

Trinamul sources said senior minister and Calcutta mayor Firhad Hakim would accompany the bodies of the five labourers from Calcutta airport to Sagardighi on Thursday.

Leader of the Congress in the Lok Sabha and Behrampore MP Adhir Chowdhury also blamed the Centre. “Since August 5, the day the Centre got the bill passed in Parliament to abolish the special status of Jammu and Kashmir, the safety and security of the people was its responsibility. Such brutal killings highlight the real picture Kashmir that the Modi government is desperately trying to hide from the rest of the world. Nobody but the BJP government should be blamed for this,” Chowdhury said.

Hossain and Trinamul leader Soumik Hossain handed out Rs 25,000 and Rs 1 lakh, respectively, to the five families and the relatives of an injured labourer. Rahaman accused the Centre of failing to provide security to the labourers from Bengal in Kashmir.

“Such unfortunate incidents only prove how miserably the BJP government at the Centre has failed to provided security to the Kashmiris, too. If the condition is so bad that non-Kashmiris are brutally killed, everybody can imagine the helplessness of the people of the Valley,” the Jangipur MP said.

While the non-BJP parties made a beeline for Sagardighi, BJP leaders were conspicuous by their absence. In Calcutta, Bengal BJP chief and Midnapore MP Dilip Ghosh blamed the Mamata government for the deaths by highlighting how joblessness in Bengal was pushing youths to migrate to “difficult areas like Kashmir that border Pakistan”.

“The Trinamul government should first create jobs for youths in the state so that they are not forced to migrate,” Ghosh said.