The CM, however, said the dengue count was on the slide and the numbers would drop further once the winter sets in 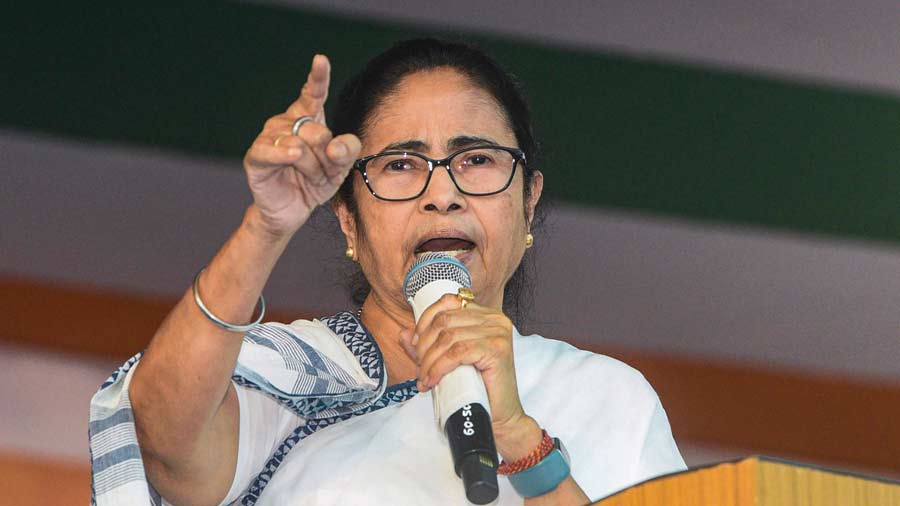 Chief minister Mamata Banerjee on Wednesday directed authorities of urban and rural bodies across the state to intensify cleanliness drives to curb dengue cases and claimed that mosquitoes multiplied during the festive season as puja pandals were not dismantled properly, creating spaces for water to accumulate.

“I would like to ask everyone in municipalities and panchayats to be alert and keep their areas clean. They have to ensure that mosquitoes can’t breed freely. This time, the mosquitoes breed more because there were several festivals like (Durga) Puja, Jagadhatri Puja, Raas Mela and others. After the festivals, pieces of cloth, bamboo and wood (used for constructing pandals) were not cleared (properly) and became places for mosquitoes to breed,” Mamata said at a public rally in Nadia.

Mamata, however, said the dengue count was on the slide and the numbers would drop further once the winter sets in.

“The Covid situation is under control now. But dengue cases were rising. However, there is a downward trend in dengue cases. Once the winter comes, the numbers (dengue) will fall,” she said.

The chief minister’s comment came a day after she expressed concern about the steep rise in dengue cases, especially in six districts, including Calcutta.

Following her directive, chief secretary H.K. Dwivedi held a meeting with senior state government officials and asked them to appoint special teams to monitor pockets where dengue cases were being reported.