Lessons in harass fightback in Calcutta 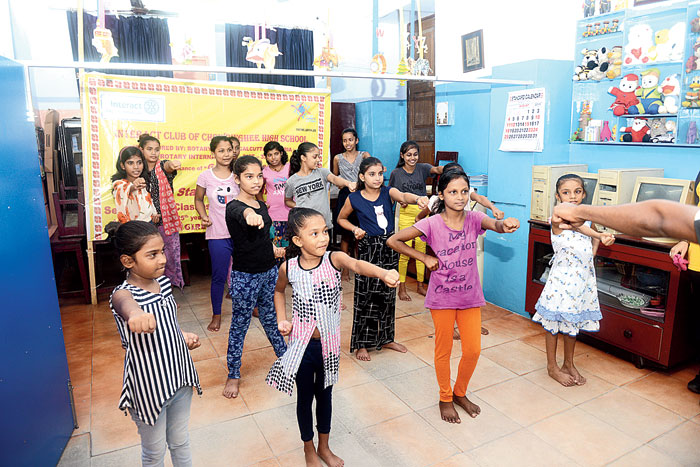 Three 11-year-old girls had run into their school compound in March to flee their harasser.

The school in central Calcutta, Chowringhee High School, on Friday began training its girls to fight back harassers.

Twenty poor children from neighbouring slums, who study in the evening section and whose parents are mostly domestic help or sweepers, will be trained in self-defence so that they can protect themselves on the streets, a school official said.

Many of these children attend evening classes at the school.

It was on one such evening in March when one of the three girls had been stopped on their way to school. “A man had grabbed my hand.... I somehow freed myself and ran... my friends, too, ran. He chased us right up to the gate,” one of the girls said.

She had narrated the matter to her seniors who reported it to the teachers. She skipped school for over a month out of fear. The school then decided to train girls in self-defence.

She and her two friends are among the 20 enrolled on the self-defence class. “Their parents cannot afford to get them trained in self-defence. But the training is needed to empower them,” Perminder Dasani, the school administrator, said.

One of the two friends who was with the girl had to quit school because her mother was worried for her after she learnt of the incident. “I will now learn self-defence.... I hope to resume school soon,” the girl’s friend said.

Trainer Soumya Kanti Pal said it would take the girls at least three months to learn self-defence techniques. “They have to practise... else they won’t be able to fight back.”

Classes will be held twice a week and the school will provide the girls with a “nutritious meal”.