The 92-year-old Padma Shri awardee, who is credited with over 400 folk songs, breathed his last at his home in Kalimpong on Friday 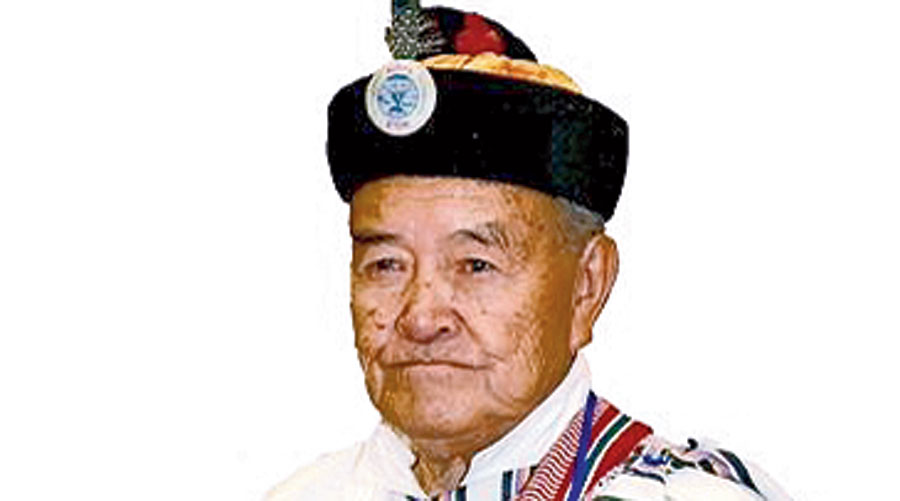 Sonam Tshering Lepcha, who had been awarded the Padma Shri for his contribution to folk music, died peacefully at his home at Bongbusty in Kalimpong on Friday morning. He was 92.

Fondly called Rong Lopon (Lepcha Master), Sonam is credited with over 400 folk songs, 102 folk dances and 10 dance dramas, imbued with the spirit of the Lepcha life and beliefs.

Born on January 3, 1928, in Kalimpong, Bengal, Sonam l not only composed and compiled Lepcha songs, he researched on Lepcha musical instruments, and was the moving spirit behind a museum for them. He also presented dance dramas on Lepcha folklore that are popular in the region.

N.T. Lepcha, Sonam’s eldest son, recalled that his father was the first to sing Lepcha songs on All India Radio (Calcutta) on October 14, 1960.

Modi condoled the death of the “multi-faceted personality” in a tweet saying that he was “anguished by his demise”.

Mamata said she was “saddened” “My deepest condolences to his family and the entire Lepcha community of Darjeeling, Kalimpong and Sikkim,” she tweeted.

Darjeeling MP Raju Bista, chairman of board of administrators of the GTA Anit Thapa and Gorkha Janmukti Morcha leader Binay Tamang have expressed their condolences.

N.T. Lepcha said the funeral would be held at 11am on Friday. “The body will be kept at Lepcha hostel near Kumudini Homes School so that people can pay homage to him.”

Sonam’s efforts to promote and preserve the rich Lepcha culture as a living legacy were widely acknowledged.

Apart from the Padma Shri in 2007, Sonam had also been awarded Bangabibhushan by the Bengal state government in 2014, the lifetime achievement award by the GTA in 2020, the Sangeet Natak Akademi award in 1995, the Sangeet Natak Akademi’s Tagore Akademi Ratna Award in 2011 in connection with the 150th birth anniversary of Rabindranath Tagore, and Nur Mayel Kohom and Nur Mayel award by the Lepchas’ associations in 1973, among others.