The current practice of dumping waste at a disposal site must end because of land scarcity and environmental hazards, the experts said 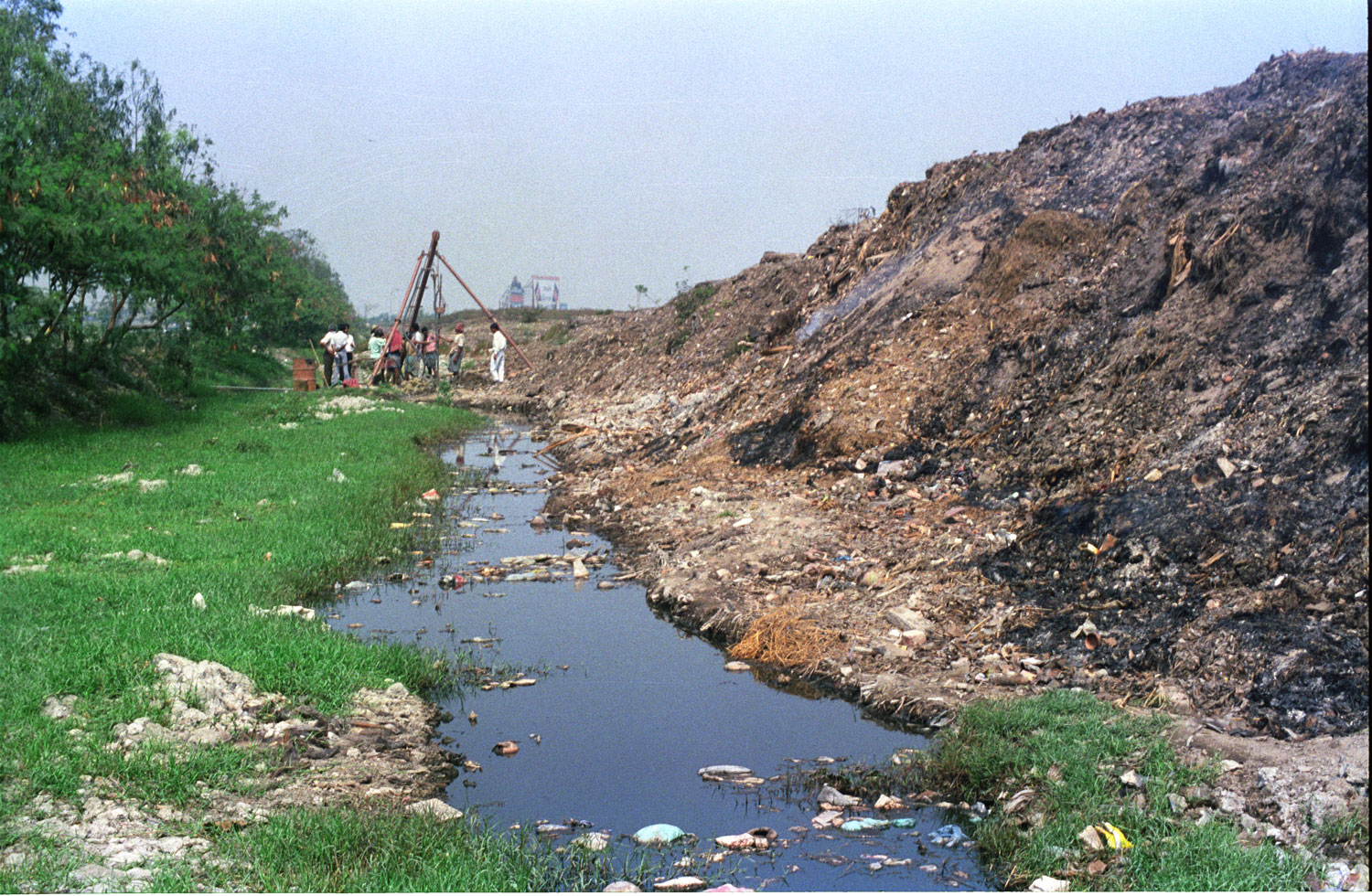 Almost all the city’s waste is now dumped at Dhapa (in picture) and waste generated in New Town and Bidhannagar is dumped at Mollar Bheri.
(Wikimedia Commons)
Subhajoy Roy   |   Calcutta   |   Published 27.06.19, 09:20 PM

A 20-acre plot, barely 9km from the airport has been identified for setting up a waste-recycling centre, where daily waste from New Town, Bidhannagar and three boroughs of the city would be taken.

Only waste that cannot be recycled, which experts say is usually 20 per cent of the total generated waste, goes to a dumping site. Waste management specialists said such facilities are the only way forward in managing waste in a city like Calcutta.

The current practice of dumping waste at a disposal site must end because of land scarcity and environmental hazards, the experts said. Almost all the city’s waste is now dumped at Dhapa and waste generated in New Town and Bidhannagar is dumped at Mollar Bheri.

The proposed waste-recycling centre at Patharghata in Rajarhat would take at least a year to be set up but once it is functional, waste dumped in landfill sites would be reduced by nearly 80 per cent, a waste management specialist involved with the project said.

The waste-recycling unit would only receive waste from boroughs I, III and VII of the Calcutta Municipal Corporation (CMC) besides New Town and Bidhannagar. Borough I covers places between Sinthee and Bagbazar, and parts of Sovabazar; Borough III covers places like Ultadanga and Narkeldanga; and Borough VII includes Chingrighata and other areas along EM Bypass.

The corporation is looking for another plot of land for waste from the city’s 13 other boroughs. “We would be sending 500 metric tonnes of daily waste to Patharghata out of the 4,500 metric tonnes that Calcutta produces every day,” said the official.

A senior official of the CMC said the project has already received “permissive permission”. “The government has agreed to hand over the plot to us. But how it would be used, what kind of recycling facilities would be built would be determined later,” a corporation official said.

Consultancy firm PwC has been appointed the transaction adviser for the development of the plot and would determine what kind of facilities would be set up at the centre.

“The site at Patharghata would have a bio-methanisation unit that generates power from organic waste such as vegetables. It will have a material recycling facility where dry waste such as metals, paper and plastic would be recycled,” the waste management specialist said.

Construction and demolition waste recycling facility and an incineration facility would also be built at the site.

The state government is also looking for a 60-acre plot for a new disposal site as both Dhapa and Mollar Bheri are saturated. But if the site is not ready in time, the remaining waste would be sent to the existing dumping grounds.

The new landfill would be engineered to avoid leaching of liquid waste.

The current practice of open dumping of untreated, non-segregated waste causes the water in the waste to reach adjoining agricultural fields.