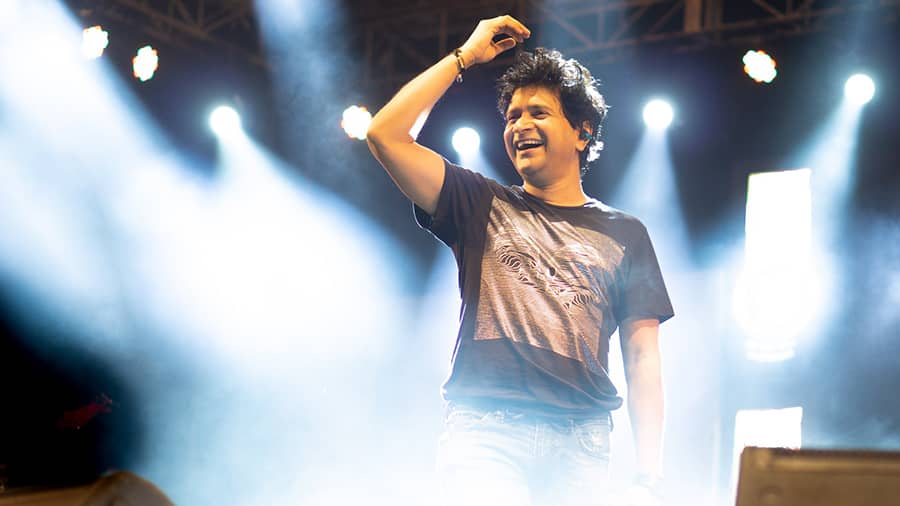 The demise of Bollywood singer Krishnakumar Kunnath, popularly known as KK, kept Bengal's political cauldron on the boil for the second consecutive day with BJP MP Saumitra Khan on Thursday urging Union Home Minister Amit Shah to order a central agency probe into his death and party colleague Dilip Ghosh stating that a "conspiracy was made" to kill him.

The allegations drew sharp reactions from the ruling TMC, which condemned the "vulture politics" of the saffron camp, further requesting it not to politicize the death.

Preliminary findings of the post-mortem conducted on KK, who breathed his last following a live concert here on May 31, have ruled out any foul play and stated that cardiac arrest was the cause of his demise, a senior police officer said on Wednesday.

The report also said that the singer had "prolonged cardiac issues."

Respected HM Shri @AmitShah Ji, I want to request you that Please investigate this matter by the Central Investigation Agency. So, that our KK and his family get justice.@narendramodi @JPNadda @blsanthosh @amitmalviya pic.twitter.com/tLtJQjZW2E

BJP national vice-president Dilip Ghosh claimed that the state government accorded him a gun salute "out of guilt".

"KK's death is a conspiracy. It is a murder. A person came to Bengal to perform and died. Amit Shah had once said if you go to Bengal, you will die. This was not a college event. It was an event organized by the Trinamool Congress Chatra Parishad," he alleged.

"The auditorium's capacity had exceeded. He (KK) was not well but was forced to sing songs one after another inside that auditorium. He wanted to leave but couldn't. Is that not a conspiracy to kill him? Is it not killing?" Ghosh maintained.

"It seems both Khan and Ghosh are frustrated. Cornered in their own party, they now want to score some points. The post mortem has ruled out any foul play and indicated that he died due to cardiac arrest," Ray said.

"They are trying to politicise an unfortunate incident. He was a professional singer and fell ill after the concert. They should stop practising such vulture politics," he added.

The singer had performed at Nazrul Mancha Tuesday evening and also on Monday. He was scheduled to return to New Delhi on Wednesday.

A huge loss for Bollywood industry