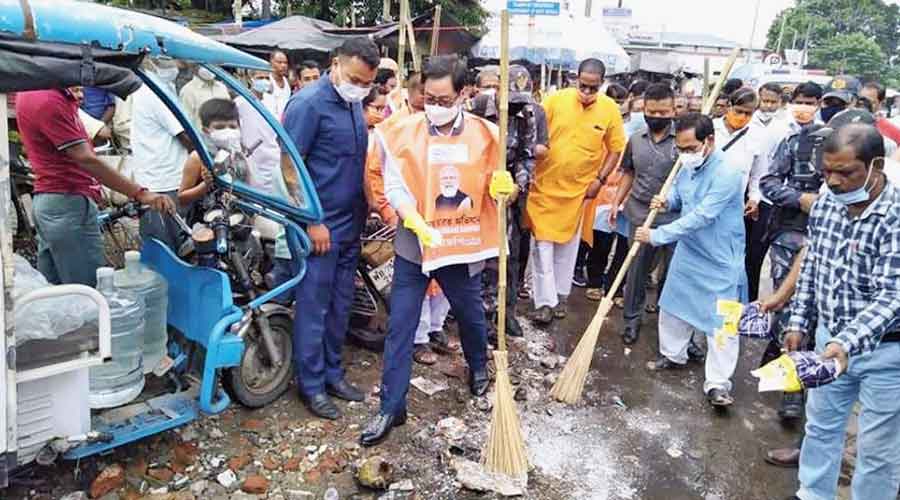 Rijiju (holding a broom and wearing an apron) taking part in a cleanliness drive organised by the BJP at Station Bazaar in Jalpaiguri town on Tuesday.
Biplab Basak
Our Bureau   |   Published 06.10.21, 02:22 AM

Union minister Kiren Rijiju has alleged that successive governments in Bengal deprived north Bengal of development projects though the region is resourceful and strategically important.

“Over decades, north Bengal has been deprived of development by the governments which have been formed in the state. It is disappointing that the governments do not understand the strategic importance of the region which is in the chicken’s neck (the stretch where the width of the Indian sub-continent is so narrow) and is the gateway to the Northeast. The region used to be prosperous but over the years, economic activities have declined in north Bengal because of the apathy on the part of the state government,” Rijiju, the central minister of law and justice, said on Tuesday.

He was on a short visit to Siliguri and Jalpaiguri to attend a number of events hosted by the BJP.

Rijiju said the BJP would continue to focus on north Bengal.