The tusk was being smuggled from Assam to Varanasi: Sources 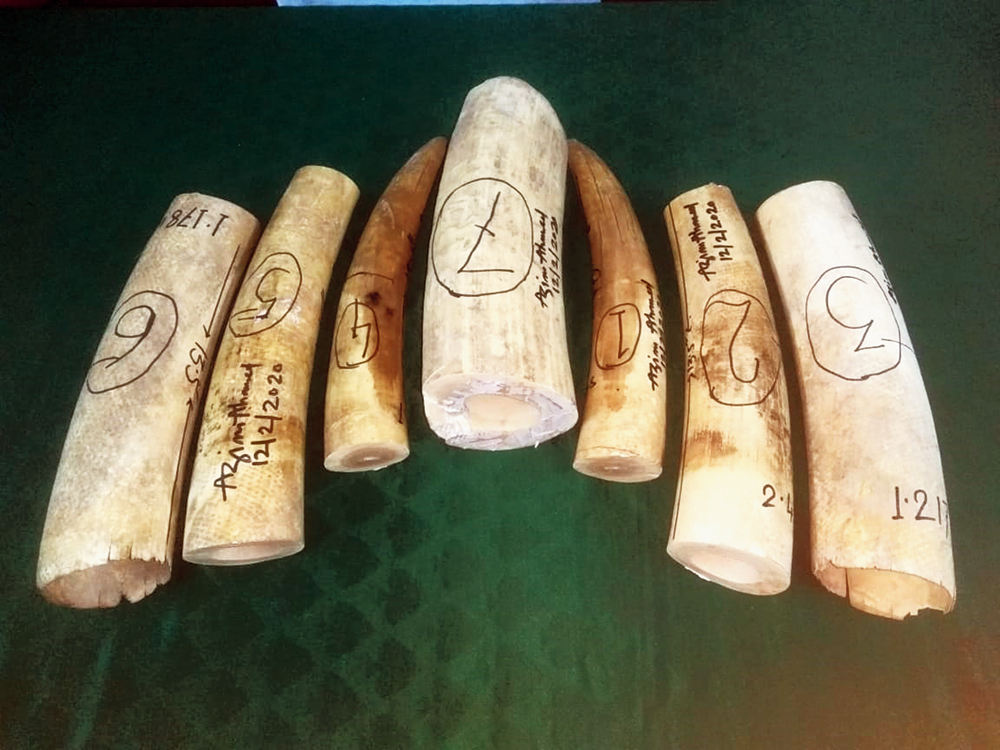 Directorate of Revenue Intelligence’s Siliguri regional unit arrested a person and recovered an elephant tusk, which is valued at Rs 1.29 crore on clandestine market, from a train at New Jalpaiguri station on Wednesday.

DRI sources said the tusk was being smuggled from Assam to Varanasi.

According to a DRI source, the arrested person has been identified as Ajeem Muhammad, a resident of Fakiragram in Assam.

The DRI seized seven pieces of a tusk weighing around 13kg.

“On the basis of specific information, a raid was conducted on Gandhidham Express. An Assam resident was apprehended,” said the source.

Muhammad was then taken to the DRI office, along with his luggage. “Following a thorough search, the tusks were seized. He was carrying the elephants body part in two bags wrapped in plastics,” the source added.

“It is suspected the ivory was of an elephant that was killed in an Assam forest and was being smuggled to Varanasi. Plans were afoot to smuggle the ivory to South Asian countries,” the source said.