Training in Germany for the selected team 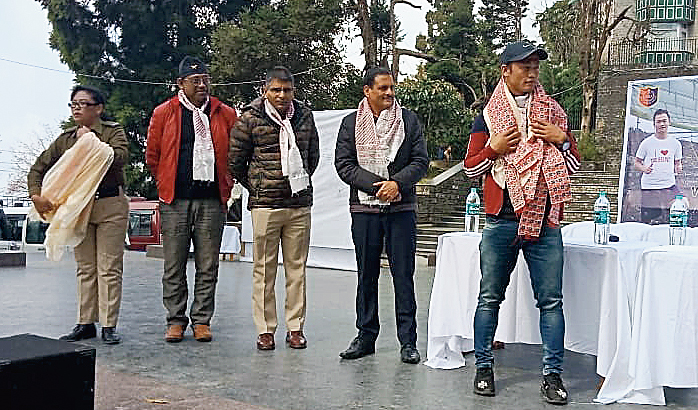 Darjeeling police will organise a football tournament for school students, aged between 10-12 years, in Darjeeling and Kalimpong districts from December 7.

The police would provide three years of training in soccer to the team that gets selected in the tourney.

“From the tournament we will draw up around 20 students who will be trained for three years and we also plan to send them to Germany for better exposure and understanding of the game,” said Akhilesh Chaturvedi, Darjeeling police chief.

The initiative is likely to come as a major boost for football enthusiasts as hill footballers have always lacked in proper training and exposure.

“We are hopeful that the talents can go on to play in the English and Germany football leagues,” said Chaturvedi.

Subba was adjudged man-of-the-series in the recent football tournament organised by the Darjeeling police.

Manoj Verma, inspector-general of police and his department wished Subba good luck at a programme held at Chowrasta on Sunday.

The German club, founded on March 8, 1899, is currently playing in Bundesliga, which is the top tier of the German football league system and is currently placed 7th in the 18-team league tournament.

The 20-selected school students would be trained by Football Next Foundation here and sent to Eintract Frankfurt football club for further training, police sources said.

“Officials of Eintract Frankfurt will come for the inaugural match of the tournament on December 7,” said Kaushik Moulik, founder of the Football Next Foundation.

The inaugural match is scheduled to be held at Dali Police Line Ground, Darjeeling, while the rest of the matches would be held across the hills depending on the number of teams participating.

Moulik said the selected team would be named FC Darjeeling. F.C. is an acronym for Football Club. “There is lot of talent in the hills and more importantly there is much enthusiasm regarding football among the people,” he added.